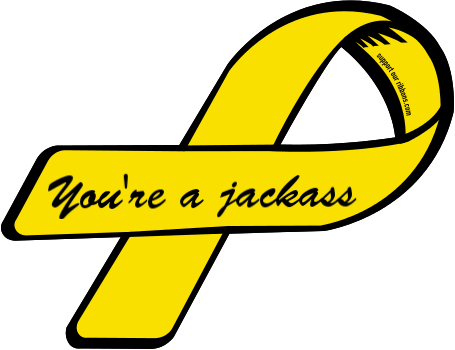 A few weeks ago, I was on a family vacation up on Lake Winnipesaukee with my whole family – parents, siblings, significant others and babies, 11 of us in all.  Given our past history when it comes to family vacations, we were all expecting some Griswald trip to Walley World type moments.  Things were actually going just fine until my brother decided it would be a great idea to rent a boat for the day, even though the collective boating experience among us consisted of well, pretty much nothing.  But, even given our lack of experience, we were all enthusiastic and agreed to give it a shot.  We were about to learn first hand about the experience gap trap.

Fast forward to the end of the day of boating.  Me, my brother, my wife and my father decide to take the boat back from our house to the marina which, in the best of circumstances, is about a 75 minute trip.  In the best of circumstances.  We, however, convinced ourselves we could cut our time a little close since now we knew what it took to navigate a boat using a map and a compass.  My brother was driving, my wife (a well known “land” map expert) was navigating with me and my dad, well, we still don’t really know what he was doing.  Ten minutes into the trip back we get “pulled over.”  Yes, pulled over on Lake Winnipesaukee for coming too close to another boat.  In my brother’s defense, when the officer asked him how far he should be from another boat, he did know the correct answer.  Twenty minutes and an $84.27 ticket later, we’re on our way again.

By this point, it’s raining and fogging up.  Hmm, this is new.  As you probably guessed, we got lost.  Well, we actually wouldn’t have been lost, since my wife actually told us the correct way to go but my brother and I were “experienced” and knew what we were doing, so we ignored her.  And no, we still don’t really know what my dad was doing.  We got back on track (we thought) and were on our way (although we called the marina to warn them we might be late) until I took a peek at the gas gauge and yup, you guessed it, we ran out.  Right near some rocks in fact.

At this point, my dad, moving faster than I’ve seen him move since 1985, was waving his life vest like an idiot trying to flag down help.  You would have thought the Titantic was sinking.  We call the marina and give them the bad news.  Luckily we’re right near a buoy so it’s easy to find us.  (Side note:  my dad insisted you pronounced buoy like Bowie as in David Bowie).  We proceed to be rescued and are assessed a jackass tax of $350.  More than what we paid to actually rent the boat.  Just like in many organizations, even with the best of intentions, we got trapped by the experience gap.  How?  Three things were in play:

1.  We extrapolated and exaggerated little successes.  On the way over to the house, my brother and I went way off course, but we eventually did find our way.  However, this led us to the conclusion that we were better navigators than we actually were and could leave later on the return trip.  In the rain.  And, we selectively blocked out our use of the Iphone GPS.

2.  We had no real guidance or mentorship.  All it takes to rent a boat in New Hampshire is passing a 25 question exam the morning you pick up the boat.  That’s it.  No one helped us understand the map and how to navigate using a compass.  Ultimately we were so focused on navigating that we didn’t even notice the gas situation until it was too late.  We were doomed from the start.

3.  When you’re inexperienced, every idea sounds like a good one.  Can we swim to shore?  Maybe we have enough gas to get to a pumping station?  Let’s call the coast guard (yes, that was an actual suggestion).  Let’s just wait.  Let’s jump around like an idiot waving a life vest.  The point is, they all could have worked, but we really didn’t have anything to evaluate against so we wasted time debating some pretty ridiculous ideas.

The point is, often we put our employees in the same situation and set them up to fail.  And then wonder why they did.  In our case, we were ultimately rescued, paid our jackass tax and were no worse for the wear.  But I don’t think you’ll see any of us renting a boat again any time soon.