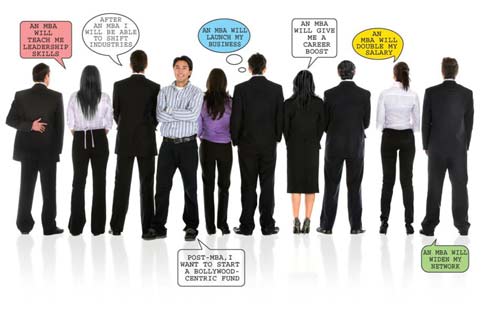 All the years I’ve been recruiting, I have always thought candidate experience is the #1 priority for recruiters. I’ve blogged about it before and I even mentioned it in last Friday’s CYA Report. It’s bigger than anything else: sourcing capabilities, closing capabilities, ability to juggle 100 open positions at one time. Nothing is as important as making sure all candidates, even rejected ones, walk away feeling like they were treated well in your process.

What brings me to this epiphany? Well, in the past, I’ve read some interesting articles about candidate experience and why it maybe isn’t the most important thing. One was from Gerry Crispin, who looks pretty trustworthy. I mean, he has a beard. But, he shares a name with that creepy dude from “Willard“, so I took it with a grain of salt.

Another article was by FOT’s own Tim Sackett. He often sounds like he makes sense, but he’s practically neighbors with Michael Moore, so you know you’re getting a ton of spin.

But, the kicker came this week when I was shown an article about a certain recently deceased iBoss.

Business Insider has provided us with a couple great stories. The first is regarding one of the Engineering minds behind Mac 128.

The Xerox Star was supposed to be the hot new computer that came out in 1981 (it was ultimately a flop). Jobs and his team went to go check it out, but were absolutely unimpressed. A few weeks later he called Bob Belleville, one of the hardware designers on the Xerox Star team. “Everything you’ve ever done in your life is shit,” Jobs said, “so why don’t you come work for me?”

The next, and more exciting, IMHO, comes from the upcoming Jobs biography:

“How old were you when you lost your virginity?” he asked. The candidate looked baffled. “What did you say?” “Are you a virgin?” Jobs asked. The candidate sat there flustered, so Jobs changed the subject. “How many times have you taken LSD?” Hertzfeld recalled, “The poor guy was turning varying shades of red, so I tried to change the subject and asked a straightforward technical question.” But when the candidate droned on in his response, Jobs broke in. “Gobble, gobble, gobble, gobble,” he said, cracking up Smith and Hertzfeld. “I guess I’m not the right guy,” the poor man said as he got up to leave.

So, there you have it. Despite that kind of interaction (and, from what I have read, quite a few more tales of not so polite interactions), Steve Jobs and Apple were still able to release kick ass products. Maybe this was part of his genius. Maybe he knew that the key to innovation was to insult people into motivation. Whether this was his thought process or not, clearly he did something right. Because, without his methods, we wouldn’t have the iPhone, the iPad, or the iRack.

From this moment forward, I will look down on my candidates; I will insult their previous experience and I will start asking them about their sexual activity. This will drive my company into the future!

On second thought…I better not. I don’t have the rabidly loyal fan base Apple does. My team only works on the fastest selling consumer electronics device ever made. I should probably continue to be nice.