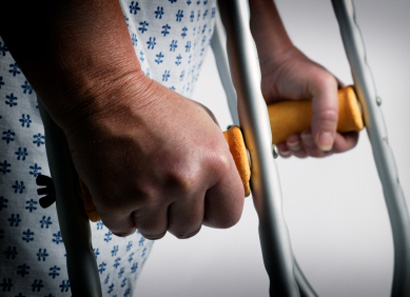 Employers around the city rejoiced this week as we watched our very own Industrial Commission sentence a man for Ohio Bureau of Workers’ Compensation fraud.

You see, in Ohio, we have a very broken Bureau of Workers Compensation (BWC) system.  They seem to pay, well, everyone.  Unless they literally record someone roofing their house, the employer is totally screwed and saddled with a claim that they ride for the next four years.  To fight a claim, you have to go to hearings at the Industrial Commission.  It’s like going to court with the employee’s mother.  You never win.

Three employees were stealing paint from our body shop.  We caught them stealing paint.  We fired them.  They all filed a BWC claim within a week.

So the fight began.  I hired private investigators to follow them.  All three were caught working on trucks in their garages, but the fraud department was just “too busy” to get out there and check it out.  All three WON at the Toledo Industrial Commission.

Lost Case #4: An Ohio employer asked an injured worker, who suspiciously crashed their semi truck, to give a hair sample at his drug test.  It was their policy for DOT accidents.  He failed this drug test.  And he still was able to collect disability.

But it doesn’t stop there, the Industrial Commission decided that the employer was a “terrorist” for asking for a hair sample.  The actual words were, “…subsequent termination was based on unreasonable search and seizure of the worker’s hair follicle consistent with Federal Terrorist guidelines. God Bless America.”

Lost Case #5:  A factory worker in Ohio was truly injured on the job.  She was unable to return to the factory due to her work restrictions.  She just needed to go find another job, and the employer would have to continue to pay disability until one was found.  That sucks for her and for the employer.  What a sad story.

This compliant injured worker, with her high school diploma and factory experience, began applying to jobs.  She applied to be an airplane pilot, an accountant, an HR Director (my favorite), a chemist, and even a nurse.

Surprisingly, she didn’t get any of those jobs.  But the Industrial Commission wrote, “…and even though she’s not qualified for these positions, at least she’s trying.”

Lost Case #6:  I can’t even type this with a straight face.

Anyway, the BEST part was that she eventually was awarded psychological care due to her vaginal disfigurement since she could no longer have sex in her favorite position (I’m not even kidding).

4 years ago my company was here:

Yes, we have reduced our staff by 100 employees,  we have less injuries (and none are severe), and we will more than double what we paid before.  Why?  Because that guy who failed his drug test, stole paint, was fired, claimed injury a week later, was investigated, and caught working on trucks in his garage… he totally screwed us.  If we were a vagina – he would be the conveyer belt.

His endless lost time wages have allowed him to move to the beach.  Now he lives in South Carolina on a beach, in his beach house.  He and his wife no longer have to work.  You see, she also filed a claim… and she also won disability payments.

There is a District Hearing Officer at the Toledo Industrial Commission that SLEEPS through the hearings.  She truly sleeps.  When asked about her sleeping spells, she replied, “I need to visualize the claims.”  No, you’re literally sleeping.  And we’re suffering because of it.  I could employ a lot more people with all the money I would save if I paid a fair amount for my yearly premiums.

This is the type of crap that happens when you’re one of four states in this country in a bureaucracy.  I’m pretty sure this may be why I already hate nationalized health care.  The same idiots will be running and abusing the same broken state system.

Is your state like this?  Do you have fraudulent claim horror stories?