FOT founder Kris Dunn recently sat down with Kat Drum, Head of Global Employment Brand and Social Media Strategies at Research In Motion, which most of you know as “RIM”, the maker of the Blackberry.

We wanted to do this interview because in connecting with Kat, we were intrigued by the passion Kat has for RIM, especially in the face of all the media focus on the RIM product line, the attack on RIM market share by the iPhone and Android product line and all the naysayers who claim no corporate drones will be holstering a Blackberry in two years due to the aforementioned competitive forces.  Additionally, it’s always interesting to see kids with blackberry’s and wonder what’s up with that.

We didn’t have to ask Kat to defend the brand.  She did that from the jump, which made us believe in RIM.  Passionate employees and leaders within a company have a way of doing that.  Let’s roll the tape:

1. Kat Drum, aka “KD”.  Why is it that all the great ones have the initials “KD” (Kevin Durant, Kelly Dingee, and of course… um… Kris Dunn)?

Even better Kris, why do two cool people change the traditional spelling of their name and use a K vs C?

The press immensely impacts candidate’s confidence in Research In Motion as employer of choice.  Candidates want 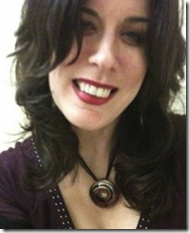 to know what we’re doing next to be innovative and stay competitive. Quite frankly, there is a lot that Research in Motion is doing great. We shipped 10.6 million BlackBerry devices in Q2 FY12. Service revenue surpassed $1 billion for the first time in Research In Motion’s history reflecting the over 40% growth in our subscriber base over the past year.  The company is going through a transition but is still providing our 70 million customers globally and recently launched 7 new products in 36 days. BB7 marks our largest and most successful global launch of BlackBerry smartphones in our history. We are continuing to innovate with BBX as our future OS and for app non-believers over 1 billion apps downloaded to date and over 4 million daily downloads. There is a huge story to share.  We tell our candidates, if you want to help build and shape the future of the global smartphone industry, Research In Motion is where you need to be. Research In Motion is here to stay this is a young and changing market and there is tremendous opportunity in it.

3. You’re so well regarded in the recruiting industry that everyone assumes if you wanted to flee RIM based on the recent press, you could do that at the drop of a hat.  But when we finally had the chance to talk, I was awestruck regarding how personally you take your role at RIM and how much “fight” instead of “flight” instinct you have.  What’s up with that?  Why are you so ready to lay it on the line for RIM?

Kris, for those that know me, I’m a loyal and dedicated being, I seize opportunities and I don’t go home without a fight, Go Big or Go Home is a favorite mantra of mine. I love working at Research In Motion.  I work with some of the nicest, collaborative and smartest people in the world. Research In Motion knows what true collaboration means. No ego. No hidden agendas. Have an idea? Implement it. Not many companies can stand behind that.  Maybe it’s the fact that I grew up close to the Canadian border that my values match those of Research In Motion. Whatever the reason, it works for me and I think Research In Motion’s company culture is one of North America’s best kept secrets.  I get the privilege of building a world-class employment branding program and sharing that secret with the world.

I’ve been in the employment branding space for over 12 years.  So much time is spent on maximizing the hot new channels. First it was the print movement to job boards in the 90s, the continued social media movement and now recruiting in the mobile space. Everyone wants to make the most of the upcoming new channels.  What people don’t spend enough time is nailing the right message for candidates to believe in a company. I’ve been through 5 layoffs in 4 years during my time in Seattle.  I started thinking differently about the power of employment branding when Starbucks reputation took a hit and Starbucks gossip blog was killing it even more, the stock was down to $8.00 a share. Every company has ups and downs.  The fun part of a true employment branding professional is to turn around a company’s’ image to candidates through global PR initiatives.  Rebuild candidate confidence first. Then play with the new shiny objects in our space.

5. What’s interesting to you in the recruiting and employment branding world these days?   What’s played out?  What’s the recruiting brand equivalent of a pair of stone-washed jeans from the 80’s?

Segmented messaging is important to me.  Targeted value propositions to candidates. People have different motivations to work for a company. There is no one size fits all message anymore. I personally think Facebook recruitment is played out. Richard Cho of Facebook recently shared with an audience at Mrec2011 that more people are accessing Facebook via their smartphone versus a desktop, which to me, means candidates aren’t seeing your ads and they aren’t wasting their time on a company’s Facebook page. They are in and out to check out photos and correspond with their friends, not to find a job.  I also think mobile apps are where it’s at.  Apps are stickier than a mobile web experience and can provide job updates at a candidate’s fingertips. Fast, targeted and convenient.  Of course, what better comparison to the 80’s than a huge Sunday print ad.

Editor’s note – The chart below is the global downloads split of the new RIM app JobsInMotion, which underscores the global diversity of RIM, and some of the mobile themes Kat refers to in #5. 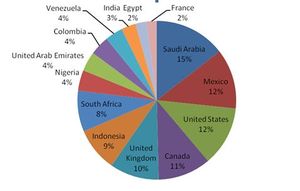 Thanks to Kat for her time and to RIM for allowing a internal leader to speak openly and honestly.  We’ll be watching the smartphone/device wars and as a result of hearing from Kat, rooting for RIM more than we were before.