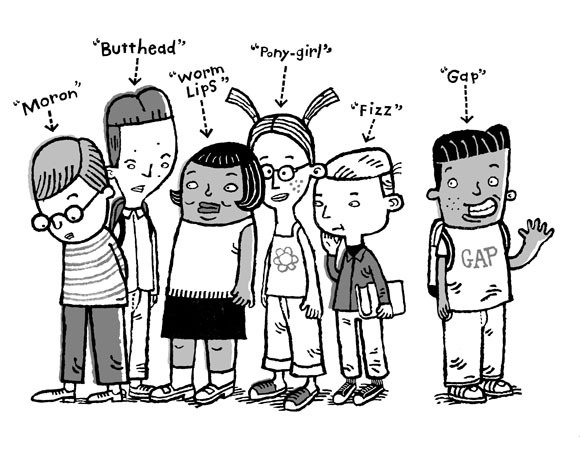 It is December 29th – which means two things here at Fistful of Talent:

1. About 14 people are going to read this post. (no one actually works anymore between Xmas and New Years)

Holland joined the FOT crew in 2011 and has made all of our lives so much easier – and because of her youngish age of 26 – FOT001 himself Kris Dunn has been calling her “The Kid”.  She didn’t ask for this, or quite frankly probably want it, but she’s got it – a Nickname – and like most things around here, it will probably stick – for good!  Just like I’ve become “TBD” onto our inner circle.

I love nicknames at work – it helps me connect with my coworkers – if you have a nickname in my office, you’ve got a long-term place in the company. No nickname equals we’ve haven’t really yet made up our minds if you’re going to get invited into the tribe. So, I wanted to give you some workplace nickname rules to ensure you get it right in your organization:

1. You can’t give yourself a nickname. (Seems obvious but sometimes in a vain attempt to get themselves to fit in a wayward employee will try to nickname themself – this is sad and bad)

3. Your nickname shouldn’t have an involved story. Holland is The Kid – because she is the youngest at FOT.  If it took us more than a sentence to explain the nickname – that would be lame. Mine being “TBD” is because John Sumser thinks every other HR person in the country is more influential than me – i.e., I haven’t gotten a number yet on his rankings list (even though 90% of the FOT staff has).

4. The best nicknames don’t need explanation and are memorable. Kris Dunn is “KD”. Kelly Dingee is “The Other KD”.  Jessica Lee is “JLee”.  Don’t get to creative, it ruins the nickname game.

5. You should be able to use someone’s nickname in any setting. You’re in a work meeting and you call across the table to “Dingleberry”  – yeah, that just isn’t going to work.  Go with “DB” or just “Berry” – makes it less awkward for all involved.