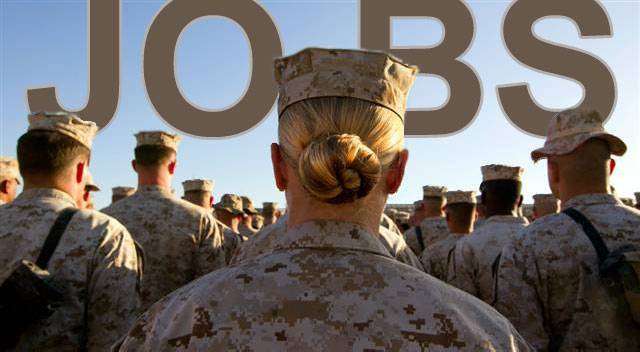 
Editor’s Note –  Steve Gifford, MBA, SPHR, is the Director of Human Resources for Eurpac Service, Inc., a national grocery and retail brokerage.  His first HR job was in the US Army during his second tour in Iraq, where every employee in his client group carried an automatic weapon.  It helps him keep the problems of retail employees, who show up to work late, in perspective..

Veteran hiring is all the rage this year.  With unemployment for veterans trending two percent over the national average, Congress has actually agreed on incentives for hiring former servicemembers.  Individual companies have gotten into the act as well, with Chase pledging to hire 100,000 veterans, and other organizations following suit.  Plus, there’s a business case to be made: veterans tend to be more dedicated, more disciplined, and the only people who think working in Amarillo sounds good.  So, problem solved, right?

Not hardly.  These macro initiatives fall apart on the individual level.  If we can cue the HR theater music for a moment:

Recruiter: I sorted through the 150 resumes for the Customer Service position, here are the ten best.

Hiring Manager: I saw them.  I’m looking for Customer Service people; why would you give me a “Squad Leader” and a “Logistics Specialist”?

Recruiter: Well, I talked to them, and I think that they could really step up and –

Hiring Manager: Look, we’re really busy, and I don’t have time to train new people how to do their job.  Give me people who know what they’re doing.

And it’s done!  No bias, no discrimination, just a hiring manager who wants what he wants, and a recruiter without the organizational firepower to push him outside of his comfort zone.  Worse, if your ATS is set up for keyword searching, many veterans’ resumes will never actually see a human eyeball capable of thinking creatively.

We veterans set ourselves up for failure at times.  Sure, we can come across as scary in interviews sometimes.  But the biggest problem for a newly separated veteran is defining themselves careerwise.  Think about the military from a hiring standpoint: it’s impossible to recruit people with experience (“Well, your resume looks interesting, but I notice you’ve never been in a Navy before…”)  I led four tanks across the Iraqi border in 2003 – none of us had ever invaded a country before!  The organization assumes that it will have to train people to fit the job at hand, and service members learn that we can do pretty much anything.  That’s a great attitude to have personally, but on a resume, it comes across as unfocused.

We tend to focus on the plight of hiring veterans because there’s a strong emotional resonance there, but this is a larger problem.  Veterans aside, there are plenty of times when the right person for the job hasn’t had that exact job before.  However, if the person reviewing incoming resumes is (a) the most junior person in your department; (b) a contract recruiter with no real longevity; or (c) a Boolean search, you’re doomed to keep getting the same results as always.  How you pick your applicants and spot hidden talent is what will determine the future direction of your company!