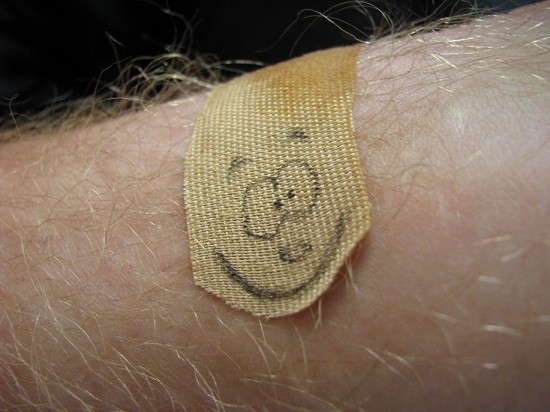 I had a root canal the other week. Ugh. The pain pre-root canal? Awful. The relief afterward? Amazing.

As I was lying back in the chair, endodontist drilling away to relieve me of my toothache, oddly enough, I started thinking about my decision making to get the root canal done, and what the lesson was, if anything… and then it hit me.

Rewinding a bit… my tooth, rather the majority of the left side of my mouth had been hurting from this particular Sunday and onward. I was in pain. And unhappy. And although I thought the issue would go away, it didn’t. Sleepless night after sleepless night, I finally threw my hands up and begrudgingly went to the dentist on that Wednesday. Teeth/gums were hurting. Like a mother.

So they did x-rays. And then they poked and prodded.

They tried some ice tests to measure pain and determine the source of the pain – x-rays were a bit inconclusive.

I was nearly in tears because toothaches stink. Big time. No pain meds were working either. So then my dentist gave me my options.

So, I chose the latter. Drill, baby, drill.

Now, the majority of people to whom I mention having to have a root canal done… they freak out. They give me looks of fear and fright. They apologize to me for having to go through one. And many people put them off. Which I could have done… but we would have been looking at… a two month fix? Before the inevitable would set in. And we do this all the time, don’t we? We put off doing the tough stuff because we’re scared. Because we’re too prideful. Because we don’t want to hurt someone else. Because it means putting ourselves in an uncomfortable or awkward situation. So then we put things off, and then the tension just builds up. Which only makes things worse.

And this is precisely one of the things I want to work on in the coming year. Getting stuff done – and nipping things in the bud. Doing what may be harder at first and swallowing my pride, or fear, or whatever may be causing me to delay in taking action. Because really, two month patches don’t work.

So, whether it’s doing rejection calls with candidates, or calling your mother in-law, or getting a root canal done… or getting the payroll tax break passed for more than two months… let’s rip the band-aid off, tackle the tough conversations, maybe compromise a little bit, and just get things done.