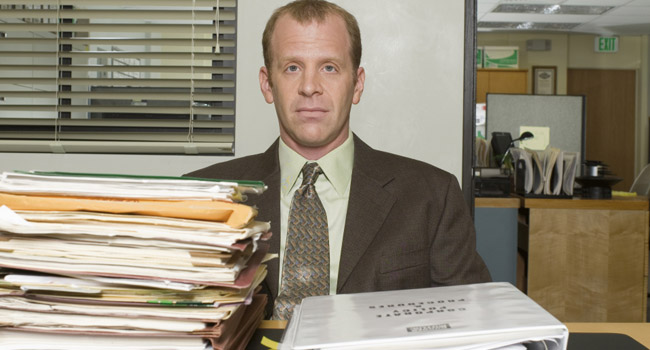 I ran across about 13,000 Twitter profiles recently from HR Pros who all say roughly the same thing “SWF w/Cat that is giving it to them straight in HR – I tell it like it is!” or “The HR Guy – like Toby – but I let’em know what I really think!”  or “HR Rockstar my views are my own, because my employer can’t handle them!”

You get the deal, right?

On one hand I could be extremely happy and excited that I have finally found those special HR Pros around the world who aren’t lying down on the job and finally pushing back and saying what needs to be said.  On the other hand – Bullshit.  Let’s face it, hiding behind your anonymous twitter profile and avatar pic of Toby isn’t really telling anyone like it is – you’re not being open and honest – you’re pretty much just whining – a lot.

So, what does Open and Honest look like in Most organizations within HR? Let me give you a peak behind the curtain:

1. We are transparent.  Which means you read to everyone a statement that was fully vetted and washed of any real content by senior leadership, legal, PR and marketing. Then follow that up by taking questions and referring back to the written statement – and saying “I can’t speak to that, but we’ll get back to you.”

2. We deliver feedback. Which means you tell your employees that they are “meeting expectations”, “knocked it out of the park, this year”, and “really delivered on that project”.  Specifically not specific, because they might be able to use that against you at some point.

5. We are completely honest with our employees.  Which means we only lie to them to protect them from the truth – like business sucks and we are going to have to let some people go – they couldn’t handle that so we say stuff like “at this time we won’t be laying off anyone” – but don’t ask us tomorrow, because at that time we will be!

For being the holders of integrity within our organizations, HR is asked to be, is forced to be, dishonest more than any other part of our organizations.  It should be written on the job description – “Must be willing to Lie – frequently, while holding a straight face”, it could be right above the bullet on our job description that says “Must be comfortable with crushing dreams”.   If you’re in HR long enough, you’ll be asked to lie.  They won’t call it a lie. They actually call it the “truth” which makes it seem like less of a lie.  You tell them “this” right now and then later you’ll tell them “this other thing” – it’s not a lie, it’s the truth as we know it right now. And you sit there and think, in your head – never out loud, “wait a minute, if I know the real truth, then why are we telling them this fake truth and not just the real truth?”  That’s because you’re being asked to lie!  Get comfortable with it – you’re in HR.