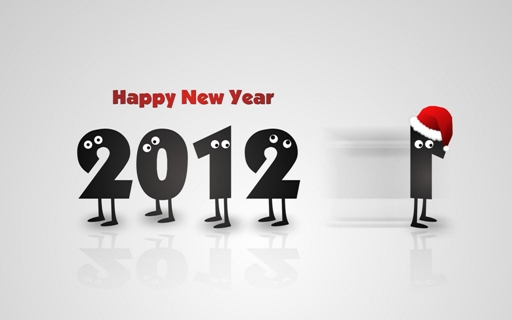 It’s out with the old and in with the new.

Next week, when you return to trusty Fistful of Talent, you’ll want to check out our new site and see what we’ve cooked up for you by way of a newer, better user experience. We’re out with the old Typepad blogging platform which served us well for so long and in with a WordPress based site. You’ll see new, shiny FOT user badges for us bloggers. You’ll be able to search for and sort blog posts more easily. You’ll actually be able to share posts you like (all of them… duh) on social channels. And we’re getting a bit more focused on more than just the written word, with the The CYA Report kicking things off (did you hear episode 4?). It’s a new year, and a new us. (If you receive updates via email or subscribe via RSS, be sure click on through to the actual site and check us out next week!)

And while I’m excited for the new site, this talk of a new year/new you and others pondering about resolutions… it all strikes me as strange. Why is it that a new calendar year prompts so many of us to put a whole bunch of gusto behind creating a better version of ourselves? People join the gym. They start ramping up their job searches. Smokers try to kick the habit. What about the rest of the year though? What’s up with this once a year goal setting? Grandiose goals without steps to lead up to the uber goal is pretty much the norm. Limited to no follow through is to be expected with most people and their resolutions.

Both are nice in theory, but practically speaking, they’re rarely flawlessly executed. It’s what makes the argument arise year after year to just get rid of them. We’re talking about improving performance and changing the behavior of humans though. HUMANS led by other humans. So as a result, performance reviews and New Year’s resolutions as they are done by the vast majority… they simply stink.

Folks have ideas for how to make performance reviews better though. Kris wrote about it the other week. Or just simply do a Google blog search for “improve performance reviews.” Some of this may apply to New Year’s resolutions as well. I won’t poo-poo the whole thing and say scrap ‘em both, because I do think change is good. Improving oneself is great. But change ain’t easy.

Here’s what I know about change though and how I think about New Year’s resolutions and general self- improvement:

So I won’t rain on your parade if you are out to invent a new you in the new year. Good for you. We’re doing it on FOT too. But keep all this in mind and set goals accordingly. Oh, and I’m not going to say I hope the new year brings you joy – instead, I’m going to say, enjoy the new year and I hope you make 2012 a really great one. Because really, it’s all up to you…