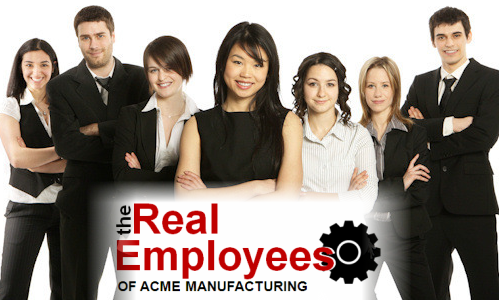 If you are looking for additional reasons to include and manage social networks in your organization, think about this…

In my day, BT (before twitter), Seinfeld was THE “water cooler” show – the sure-fire, go-to topic for conversation you could start after you got bored talking about the weather.  Everyone watched Seinfeld.  Everyone talked about Kramer and George.  It was (at least in my memory) one of the few shows that got better with the retelling the next day.  For many, this was how TV became an ongoing social event.  Watch the show and then go and talk about the show the next day at the office, or at the club for you 1%-ers.  The show was “social.”

But now – AT (after twitter) you can have the same conversation you had in the break room about Seinfeld in real time with twitter – and you do it from your couch.

Twitter – and other social apps (twitter is just my default social real-time app – some use FB) – has changed the way we value a TV show.  And it has the potential to change how we “rate” a show.

I have actually stopped recording some shows and forced myself to watch them in real-time so I can take advantage of the twitter stream while watching.  It’s no fun to watch a show two days after it airs and read the tweets.  Try it.  Watch Survivor or The Walking Dead without the real-time input from twitter.  It’s just not as “social.”  The value of those shows is greater with twitter – than without it (IMHO.)  In fact, some shows (I’m looking at you Real Housewives…) are so bad that their ONLY value is as fodder for twitter.  Think about that for a minute.  A show people ONLY watch in order to be snarky on twitter.  Follow the RHWof”X” on twitter sometime and see what I mean.  The twitter stream is waaaaaay more entertaining than the show.  So is the show worth keeping on the air?  If you want to sell products it is. If you want good TV it isn’t.  The social aspect of the show may be more valuable than the traditional rankings.

You Need Both – But the Social One Is the Most Sensitive

Think about how you “rate” your organization.

The annual (or semi-annual) engagement survey is the “Nielsen” score… the reported one, the “way-we-have-always-done-it-score.”  The social network in your organization is the social score.

The annual survey is the general, overall, take-time-to-think-about opinion your employees have of your company, their managers, and their current OVERALL engagement.

But I’d submit that the social score may have more value.

At its onset the show Glee had one of the most active twitter back-channels and was a ratings blockbuster.

But, according to Trendrr – a social media monitoring service:

There’s not always a linear relationship between social buzz and TV ratings, but in case of a show as social-buzz-fueled as “Glee,” you could see the warning signs on Twitter that it was losing steam. Last year’s “Glee” season premiere garnered more than half a million tweets the day it aired. This year’s season premiere had a roughly 200,000 drop in tweet volume.

Not only did the show have lower Nielsen scores – the “engagement” with the show went down as well.  A precursor to a failing franchise?  Don’t know, but it’s worth considering.

Because engagement surveys are done at specific points in time – they don’t reflect movement very well.  They are static by definition and the scores are really “averages” of how employees feel based on the time frame between surveys.  Social networks on the other hand, reflect real time and shorter time frames, and therefore are more volatile and potentially less accurate.  But as a barometer, it might be a good thing to consider.

Nicholas Taleb wrote the “Black Swan” – all about huge changes in economic markets that we just don’t see coming.  I’d suggest that while unpredictable – they do hint at their possibility if you have a sensitive enough instrument – and social networks may be one of those instruments.

I couldn’t find the research, but I’d guess that the overall twitter engagement on Glee was falling over time for the entire last season – maybe indicating that the show was heading toward a big drop.

I would bet that a company’s social back-channel also hints at potential problems that may not show up for one, two or even three “annual” surveys.

In other words – social media may give you some directional cues that your formal, tested, validated and statistically accurate survey may not.

And… it will probably be waaaaay more fun to read through.