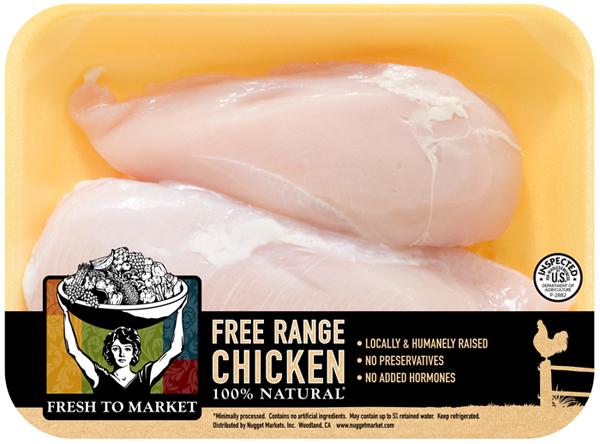 Let’s face it – if you were attracted to this post when I went with the “free-range” tag, you’re part of a special group.

I could almost call you a 1%-er.  You’ve arrived, both in educational background and the disposable income that follows it.  You’ve got so much disposable income that you actually make choices about what you eat based on how humanely the animals you eat are treated before their… er…. special day.  Hey, I get it – I’m married to a lady that was a vegetarian for 5 years, and since I don’t cook that made me a vegetarian as well.   It felt good to say that I didn’t eat animals.  If you can’t say that, it has to feel good to say the only chicken you’ll eat has to be “free-range” instead – humanely treated and able to roam around.  A smile on their beak.  And a higher price when it’s time to go to market.

Congrads on eating free-range chicken, 1%-er – you know who you are.  BUT – make no mistake, most of the world doesn’t have the cash to be moral when it comes to chicken.  They just need protein.  The chickens provide a nice source of that.

“If you want to be served by a waiter likely to make at least $5 an hour before tips, head to the sushi chain Todai, Danny Meyer’s Union Square Hospitality Group, or Craft Restaurants, owned by Tom Colicchio of Top Chef fame. Or maybe you don’t want a line cook going to work with a cold (and sneezing on your lunch). In that case your best bets are In-N-Out Burger, Chipotle Mexican Grill (CMG), or Five Guys Burgers and Fries.

Those are some of the recommendations in a new dining guide that’s more Mother Jones than Michelin, putting mouthwatering descriptions of foie gras and roasted poussinon the back burner in favor of criteria such as how much the line cooks and servers are paid and whether their employers offer them chances to rise up the ranks. “Consumers will now routinely ask if they are eating free-range chicken,” says Saru Jayaraman, co-director of Restaurant Opportunities Center United, the New York-based workers’ rights group that wrote ROC National Diners’ Guide 2012: A Consumer Guide on the Working Conditions of American Restaurants. “Well, we want them to ask if their servers are getting paid sick days, too.”

The ratings are based on info gathered from owners, managers and employees from 186 of the largest fast food, fast-casual and fine dining chains across the U.S.  As you might expect, the ROC group is using the data to lobby national and state legislators for mandatory sick leave for all workers.

It’s hard to be a HR pro and say that you’re OK with the government mandating sick time, but I have to say I’m open to that idea – more so than I would like to admit as a business owner.  But, the problem with mandatory sick time policies lies in how companies that are doing most things right are treated.  Offer a pool of PTO days for employees to use for vacation and sick time?  The government generally doesn’t get that approach has benefits that a forced march to coding time-off as sick time doesn’t – and you might actually have to add more days to your overall policy if you want to keep doing business as usual.   That’s no good.  There’s also the inconvenient truth that the most cost you add to a business unit, the fewer of them there are going to be.

But back to the question – do you care enough about “free-range employees” to drive by one of the major fast-food chains and pay a premium for 5 Guys?  That’s really the question, and it holds double meaning for the “free-range chicken” crowd.

Do you care enough to only eat at those establishments?  I doubt it.  Hit me with a comment below when you get out of your oversized SUV to go into Wal-Mart for your weekly shopping trip.   I’d love a picture of that Widespread Panic sticker on the back of the SUV while you’re at it.

1st World Problems – for sure.