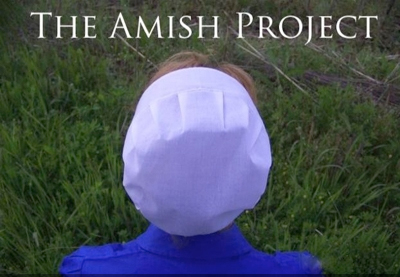 Did you hear about Jake Reilly?  He’s a 24-year old college student who did the impossible.  He cut himself off from all social media and his cell phone for 90 days and chronicled his experience. The “Amish Project” went from a hassle to changing how he viewed his life and relationships.

I know I’ve said many times I’m not sure what I’d do without my iPhone…the reality is I used to live and work without a smartphone, email, Facebook, etc…because I’m OLD.

As I read about Jake’s experience I remembered how much I used to write letters.  When I was in college my boyfriend (and now husband) graduated and went to work in a different city.  We didn’t have the money for daily phone calls, so instead we wrote daily letters to each other.  I’ve kept all those letters, as did he, and someday I’m sure we’ll enjoy looking back at our lives during that period of time.  Posts and tweets perhaps will live on forever as well, but I bet they won’t be as fun to go back and read.

Is there a lesson in Jake’s experiment for HR pros?  Would I be writing this if there weren’t?

Corporate HR folks have a tough job but sometimes I think we make it tougher because of email, texts and social media overkill.  I’ve sent the emotional response via email and wished I could pull it back after all hell broke loose.  What about the candidate who is overexposed and therefore not employable due to his social media presence?  When’s the last time you got up and went to have a tough conversation vs. sending an email or worse yet, a text?

I met with a VP of HR recently and was supposed to spend 30 minutes with him.  After an hour and a half I told him I knew he had work to do as did I.  We were talking about the outside perception of his company, how he almost lost a star employee and the ongoing development of his HR team.  This wasn’t a planned conversation – but it happened because we were face-to-face and really talking.  When I was leaving he said, “You’re not what I expected”, meaning I wasn’t a typical recruiter or HR consultant.  I took the compliment and smiled.  He has since scheduled lunch to talk more in depth about his ideas around developing his HR team.

In our current reality of 140 characters, responding to texts quickly and the expectation of being reachable 24/7, are you REALLY connecting with your employees and customers?

It’s tough – because if you’re not in the virtual and social space you’re not “with it”…but don’t forget how to write a letter or have a face-to-face conversation.  Having the ability to connect in our virtual world AND keep grounded in the real world may just bring comments like, “Wow – you’re so much more than I expected”.  Isn’t that what every HR pro would love to hear?