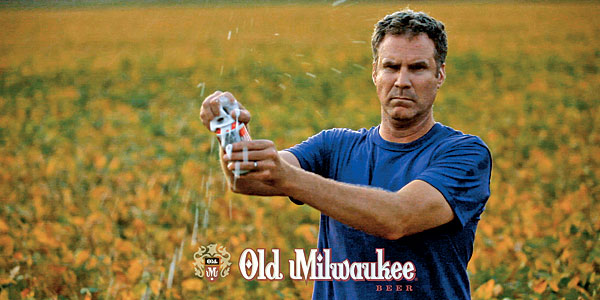 Did you watch the Super Bowl a few weeks ago?

Apart from actual contest itself, won by the New York Football Giants, the Super Bowl has also become the pinnacle event for big brands, marketers, and advertising agencies. In fact the Super Bowl has become well, the Super Bowl for the ad game. The stakes are very high in this game too, while not playing for rings, trophies, and the chance to say ‘I’m going to Disney World’, brands and their agencies need to make an impact to see a positive return on an investment estimated to run about $3.5 million for the average 30-second national spot.

And as the size and spectacle of the Super Bowl has steadily grown over the years, dialing up the pressure on players, coaches, and marketers alike, the growth of social media and networking has elevated watching, critiquing, evaluating, and opining about the commercials to unprecedented levels. Now, just watching the game and the commercials over a few chicken wings and some brewskis is not a complete experience, many of us tweet along with the big plays and the splashy commercials as well, providing brands and marketers real-time reaction and visceral feedback on the big-money spots. While kind of fun for viewers of the show, I’ll bet there are at least a few nervous moments in the homes of Ad agency execs and CMO’s from the big brands that advertise during the game.

So apart from the New York fighting Elis, who else won the Super Bowl?

Was it Chrysler with the Clint Eastwood ‘Halftime in America’ take? Perhaps Budweiser with one of its spots? Or maybe the Go Daddy piece worked for you, (It’s fine to admit it, we won’t judge you. Well, maybe a little).

How about an ad that aired during the game, but only in the tiny, 15,000 or so household market of North Platte, Nebraska? The ad, a simple 30-second spot for Old Milwaukee Beer with comedian Will Ferrell featured Ferrell in a pair of shorts, walking through a wheat field toward the camera. From off screen a can of Old Milwaukee is tossed to him; and just as he opens it, the commercial ends abruptly, mid-pitch, (video of the ad is below, email and RSS subscribers click through).

What is the big deal about this short, slightly goofy, cost about $1500 to air, and hardly shown to anyone actually watching the game commercial?

Well by many accounts the Old Milwaukee spot was one of the most successful of the entire night. According to Business Week:

Yet despite its tiny TV audience, the Old Milwaukee ad managed to outperform some of the nationally broadcast Super Bowl commercials in an increasingly important metric of Super Bowl advertising bragging rights: chatter on social-media networks. According to a study by the Boston-based advertising agency Mullen, Ferrell’s Old Milwaukee ad has so far generated 1,640 mentions on Twitter. That’s significantly more buzz than was created by some of the national Super Bowl spots, including ones for Cadillac (which generated 345 Tweets), Century 21 (520 Tweets), Lexus (922 Tweets), CareerBuilder (1,001 tweets), and Hulu (1,191 Tweets).

Imagine the conversations that probably happened after the game among execs and ad agencies from some of the big names that in a way were ‘beaten’ by Ferrell spot. The $1500 ad buy from an obscure brand that aired live only in North Platte was apparently outperforming (in one increasingly important metric, social media chatter), the multi-million dollar investments by some of the world’s biggest brands. Great for Old Milwaukee, maybe not so great for the good folks at Cadillac or CareerBuilder.

Why does this matter to you, after all you’re not buying or creating TV ads? You are just looking to find the right talent to fill your open slots and maintain a decent candidate pipeline for future needs.

When taken along with reports of P&G’s recent announcement of plans to layoff up to 1,600 staff many in marketing roles as the company plans to a redistribute some of the traditional marketing budget towards social venues such as Google and Facebook, and the increase in recruitment advertising spend on professional and social networks and away from traditional agencies and job boards; the Old Milwaukee ad offers a bit of a lesson and also signals a warning.

That with some intelligence, wit, and a little bit of luck, social clearly offers at least the opportunity for the little guys to not only compete with the big guys, but to surpass them.

That your CHRO or CEO or CFO, (anyone with a ‘C’ really), takes a look at your next budget request for anything related to employment marketing, job advertising, agency recruiting, or travel to recruiting events and asks you why you need the same (or more) as you got last year when Will Ferrell and Old Milwaukee can do it right for only practically nothing.

You probably need to have an answer for that question, and if you don’t have one just yet, perhaps the good people of North Platte can help you out. They know a thing or two about viral marketing.