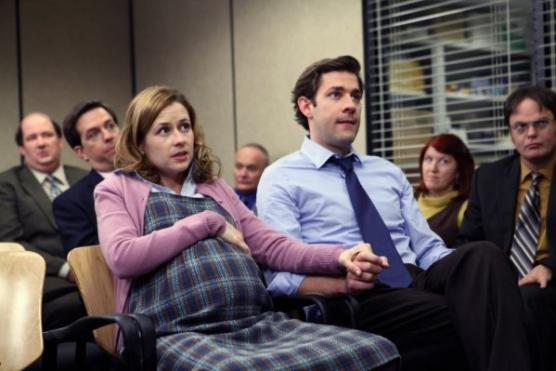 Okay…what the heck, people.  Say it with me…”We do not discriminate against expectant mothers.”

Here’s the thing.  I know people discriminate.  Sometimes intentionally, sometimes not.  Of course, some hiring managers aren’t going to want to hire a person only to have them leave after a few months to bring life into the world and junk.  They want someone immediately!  Someone who will hit the ground running without looking back.  However, there’s a small problem with choosing expediency in many cases.  It’s called the Pregnancy Discrimination Act.  And, hey…recruiters, I am pretty sure you know about this law.  In case you’ve forgotten, here’s a refresher from the EEOC.

That’s right…I am calling out any HR person or recruiter who has ever passed on a candidate because she was pregnant.  It’s not allowed…plain and simple.  In the same way you can’t choose to decline a deaf person or a Catholic or a person with 80s hair, you can’t decide not to hire someone because she is expecting.

With that out of the way, let’s move off of why it’s illegal to discriminate and onto why it’s stupid.

Think about it.  You spend time sourcing, screening, interviewing, negotiating, yadda yadda yadda.  Recruiting takes time.  It is not unnatural for a search to take three or more months.  And, then you find the person.  The person who you’ve been waiting for!  This person is perfect!  All the skills you need.  The background that’s a perfect match.  Oh, but wait…her belly is looking a little large and I don’t think it’s from too many chicken wings.  Nope…won’t hire this person.

Really?  Really.  So they need to take a little break.  Big whoop.   Hire a temp for 3 months.  It seems like a small price to pay for the best (wo)man for the job, doesn’t it.  Not only are you finding the employee you’ve been looking for, but moms make good employees in general.  GALTime.com gives you 5 reasons why.

Professionalism: Moms are setting an example.  They are not going to impress people by showing up late or by coming unprepared.

Schedule Coordination: Nobody is a better time manager than a mom.  I promise that coordinating snack, nap and karate is much easier than organizing meetings in Outlook.

Organizational Ability: Along the same lines, moms have to juggle bottle, binky, blanket, and booze (for her, not the kid).  And, they have to do it one handed while covered in barf.  Sounds pretty easy compared to making sure someone turned in their TPS reports.

Loyalty: This is a biggie.  Moms (and dads) appreciate flexible work environments.  Flexibility is appreciated and it will show in both performance and overall loyalty to you and your company.

People Management: Moms see the person, not just the employee.  People make a company.  People of diverse backgrounds and work styles.  Moms have a knack for patience when dealing with any work style.

Maybe I’m generalizing…but, I get super annoyed when I read articles like the one above.  Discrimination is illegal, stupid, and did I mention, illegal?   It’s our jobs to make sure this doesn’t happen.  So, let’s get on it.