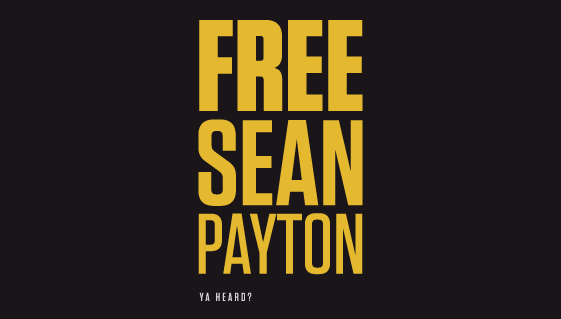 By now, even the remotely interested sports fan is familiar with what’s playing on the endless 24-loop on TV. The NFL (professional football) has come down hard on one of the teams in the league – the New Orleans Saints – for putting a bounty system in place where defensive players were rewarded with bonus money for extra hard hits and big sums for causing injuries that forced offensive stars to be carted off.

For shame New Orleans Saints! As a result of the bounty system, the NFL suspended current Saints head coach Sean Payton (formerly a golden boy in the NFL) for 1 year (unheard of) and former Defensive Coordinator Greg Williams indefinitely (formerly known as the Michael Vick sentence).

Of course, we’re only shocked because there was money changing hands and a stated incentive to maim. The reality is that new leaders coming into any company put bounties on people every day. Let’s count the ways new leaders do this:

1. Severance – Pick who you want to fire and put a price tag on it via severance. Make sure you pay enough severance where the employee will accept the deal. If that’s not a corporate bounty, tell me what is.

1. Hiring a Change Agent to shake up the culture – Bounties exist for a reason in the NFL – it’s called sense of urgency. In addition to selected and specific use of severance, the smart new corporate leader puts EVERYONE on notice by sponsoring a hire that will shake up the stale culture. By doing this, the leader tells everyone what’s required to stay.

Example of hiring a change agent: I’m a St. Louis Rams fan. The Rams have sucked for a while, and this year they hired a great coach – Jeff Fisher (former Titans coach) who’s got a reputation for fielding teams that play hard and are borderline dirty.

So when he landed in St. Louis, Fisher put an indirect bounty on the entire current roster by signing one of his former Titans players – a wild card named Courtland Finnagan. Watch the video below. Finnagan is #31 in blue.

Cra-Cra. The bounty – “play this hard and this on the edge, or you’re not long for this location” is used often in corporate America in change situations. It’s indirect, but it’s a bounty.

2. Hiring departmental leaders that will do the dirty work for you. You decide you need that hard a$$ call center Director or VP of Sales because they’ll just go get it done without you – the CEO – having to get your hands bloody. You know when you hire that person, bodies are going to hit the floor in your company. You’re basically creating a bounty system that you aren’t accountable for as a leader. Plausible deniability. Smart.

Guess who the Rams hired as their Defensive Coordinator under Fisher?

Greg Williams – the guy who is now suspended indefinitely as a result of the NFL’s bounty-gate. They hired him for his ability to get his teams to “play hard” Then the bounty system news broke and he turned into a pariah.

Countless leaders have done the same thing with direct report hires they’ve made to help them turn it around.

Bounties exist everywhere in corporate American, usually for the sake of change in a turnaround situation. Look around and you’ll find them.