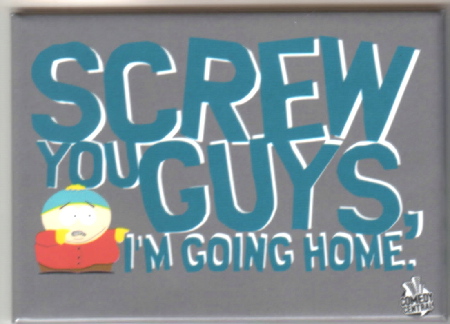 About 15 minutes after Greg Smith, Executive Director (VP level in the U.S.) at the Goldman Sachs London office resigned, his op ed piece entitled, “Why I Am Leaving Goldman Sachs” ran in The New York Times.   This departure letter was shocking to some, refreshing to others and considered career suicide to many “career coaches”….um, duh.

Whether you applaud the young Greg, who at 33 spent the first 12 years of his career at Goldman straight out of Stanford, or cringe – one things for sure, his letter got the attention of many who commented and ran news stories.  Nightline picked up the piece on the 14th and ran clips of Tom Cruise in “Jerry Maguire” and Anne Hathaway in “The Devil Wears Prada”.  It’s easy in the movies for these characters to give a big middle finger to their ex-employers, not as uncomplicated in the real world.

As I read the letter a few items stuck out as universal truths and I think Greg was likely on target with these statements.

“The culture was the secret sauce that made this place great and allowed us to earn our clients’ trust for 143 years. It wasn’t just about making money; this alone will not sustain a firm for so long.  It had something to do with pride and belief in the organization.”

Greg believed in the culture, so much so that he recruited and mentored candidates and appeared in recruiting videos for the firm.  Culture is often one of those soft, fluffy concepts that people think only HR pros care about.  In truly strong and courageous organizations, it is the common thread that attracts the right talent, develops it and enhances overall productivity and creativity which leads to bottom line results (along with sound, ethical financial practices).

“I knew it was time to leave when I realized I could no longer look students in the eye and tell them what a great place this was to work.”

I’m guessing many of the old guard see Greg as ungrateful, unloyal and presumptuous – and downright stupid.  While some of that may be true, we need to take a step back and remember we are in the 21st century and this letter should serve as a wake-up call to many “Goldman-like” organizations.  If the thought is we can continue to attract the best and the brightest out of top colleges “just because of who we are and how much we pay people”, Gen 2020 kids will likely want to work or remain at your organization for vastly different reasons.  It won’t be as much about the “name” of the company as it will be about the brand, the community and what the organization stands for.

“The firm changed the way it thought about leadership.  Leadership used to be about ideas, setting an example and doing the right thing.  Today, if you make enough money for the firm (and are not currently an ax murderer) you will be promoted into a position of influence.”

So, who knows, could be a bit of sour grapes on Greg’s part given he was technically only a VP and many “in-the-know” say after 12 years he should have been at a higher level in the firm – BUT, what he says about leadership is right on in my book.  Leadership is not only the “what” you do, but the “how” you do it.  If leadership practices have changed as dramatically as he claims then the BOD should absolutely take note.

Did his letter make you think about your organization and how good (or not) you feel about recruiting people to join it?  I sure hope so.