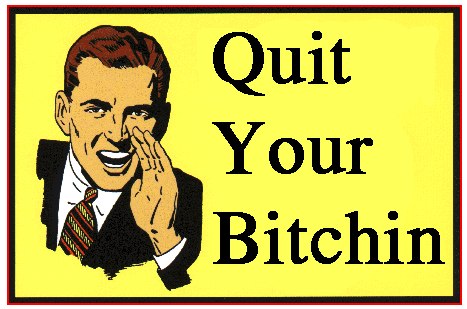 If you’ve been in HR for at least 30 minutes you’ve heard someone in your organization bitch about a bonus.  It comes part and parcel with the gig – from the beginning of time when the first caveman decided he needed some additional incentive for his cave drawers and developed the 5 drawings and you get an extra brontosaurus burger bonus, have we had to deal with bonus issues.  “But wait, his drawings aren’t as detailed as mine, and he makes them faster just to get the extra burger, that’s not fair…” We. Know. The. Drill.

I’ve always believed we need some professional conduct or etiquette rules when it has come to workplace Bonuses.  Not the bonuses that you are measured against, but the bonuses that are just given to you, for being an employee of the company, or for having more tenure than another employee, or for just showing up on an idle Wednesday and the owner/manager/supreme ruler thought it was a good idea, today, to give you a little something extra.  I’m not talking about the year-end-scorecard-we-reached-our-financial-goals-even-though-you-probably-did-very-little-to-help bonuses. Bitch all you want about those.  My guess is you probably had some say in the measures of those goals anyway, or didn’t, and they were probably artificially low so that “everyone” would get it – alas this is how we manage performance in corporate America today – and government, and schools, and little league – oh, hell – just give one to everyone!

I’m talking about the free Turkey at Thanksgiving, getting out early on Christmas Eve, the logo polo shirt in a color not found naturally on this planet, the atta-boy gift card for appreciation of a job well done, the company picnic, the organizational discount on your own products, the free reams of copy paper you take out of the supply closet, etc.

My Bonus Rules are for employees who get the in-the-moment bonus that they “shouldn’t” expect to get.

Seriously – you know what I’m talking about.  Your organization gives 30% off your product or service to employees, but once per year it gives an extra 10%! Just as a little goodwill boast, and Bam!  Teddy in marketing is out at the water cooler going “why don’t they just give us 40% all year – they’re still making money on us!”  OR – “so what did your company do for your employees for Thanksgiving? Oh, they got us a stupid 12 lb Turkey! Like what am I going to do with that!?”  My favorite is when the company decides to stop giving away “the stupid 12 lb. turkey” and that same person loses their mind – like it was a god given right that the company gives them “a stupid 12 lb. turkey”!

As an HR Pro you can’t make people react a certain way – they’ll do what they do – but you can decide on how you respond.  HR Pros set an example every day, especially around Bonuses.  If you act thankful, and show respect and attempt to educate – many times your employees will follow your lead.  Be the solution. End the bitching. Stop giving out turkeys.