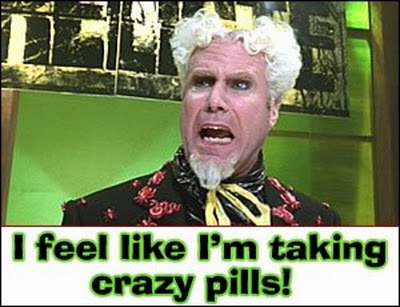 There is a new trend in recruiting.

Find out everything we can, and weed people out for jobs from there.

That’s what we do.

But I think we’re starting to go too far in our quest to know everything we can about an applicant.

A former co-worker of mine told me she was asked for her Facebook password, and she asked me what I thought about it. I was concerned. I asked her how badly she wanted to work for a company that allows her no privacy whatsoever.

I wouldn’t share mine with you. You don’t NEED to read my private messages.

But if you did, here is what you would find with just my last 10 messages:

These are the big no-no’s you found out about me:

If I had a private profile (which I do), and if I didn’t want you to know these things about me (I couldn’t really care less, but that’s just me, I tend to overshare), YOU WOULD TOTALLY KNOW THEM!

I wondered if a lot of employers are doing this, or if she applied at some rare unicorn magic manifestation factory that doesn’t understand the legal implications that could result from knowing so much.  After all, when you work somewhere that makes unicorn magic, employment law isn’t really that big of a deal.

I turned to Google. 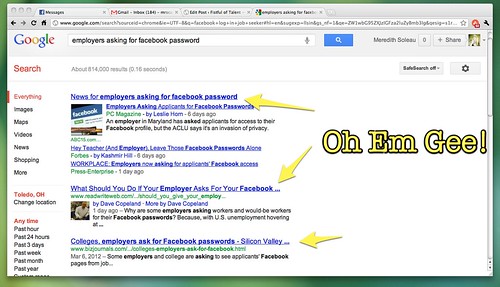 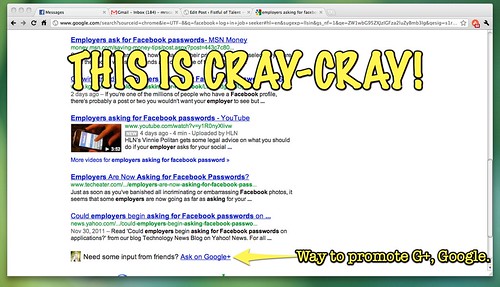 Wow! A lot of places are doing this, and they don’t even have unicorn magic at their disposal to keep applicants from suing them!

I know what you’re going to say, “They put it all out there on Facebook anyway.” Yes, some people do.  But some people don’t.  And really, should we even connect with people who don’t desire to make our friendship Facebook official?

I don’t Friend Request an employee or applicant.  If they ask me, I happily accept.  But if they don’t want to share, fine by me.  I’m certainly not taking my ball and going home over it.

What’s next?  Visiting their homes and opening their kitchen cupboards? 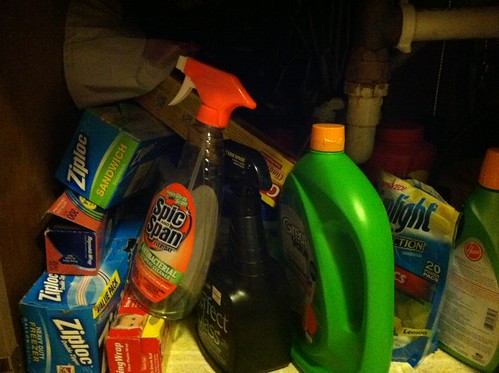 That door stays closed for a reason.  It’s messy in there!

Are you with me or against me on this?  If you’re against me, prove me wrong in the comments.  I’m seriously interested in why this is happening, and I am begging you to explain it to me.

*If you’re with me, I like your shoes and your hair looks pretty today.*

What do you think?  Where is the unicorn-magic-privacy line drawn?