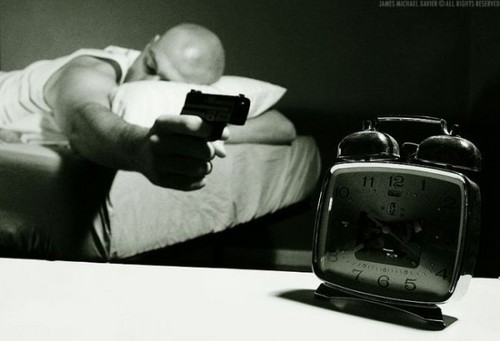 I’m making a declaration today:  I’m more productive and efficient than ever before at work.  Yup.  I’m kickin’ ass and takin’ names.  Now I wish I could tell you that this new found productivity is due to some well thought out grand plan that I implemented, but that wouldn’t be true.  The truth is I’m a first-time father to a 7 week old daughter, Abigail, and as a result I absolutely HAVE to be more efficient.  Pre-Abigail I’d generally arrive at the office around 8AM and leave around 6PM and without a “hard stop” at the end of the day I’d often find myself doing things that really weren’t adding much value or that could have been done in a fraction of the time.  So I cut out the b.s. at work and focused more of my time and energy on the work that really matters most.  Looks like Pankow was on to something with his post of Pregnancy Discrimination but I’d take it even further – if companies are looking for productive and efficient employees, maybe they should consider ONLY hiring parents!  But that’s for another post.

As we all know, HR is often well known for doing work that wastes time and doesn’t add any value to the company.  Here is my list of the biggest wastes of time in HR:

You’ve probably picked up on a common theme – most of these time wasters simply serve to confirm things that we already know but often at a significant cost in time and effort.  And, I’m sure this list is only a tip of the iceberg – we could probably go on and on!