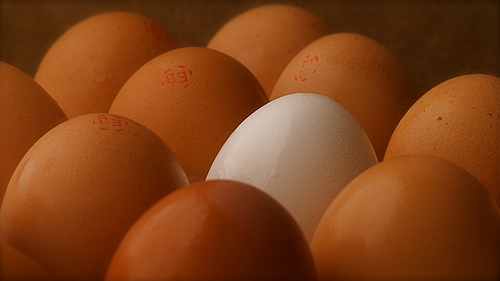 Dateline 2012 – The U.S. Census releases what is certainly going to be considered a tipping point when it comes to how organizations look at Diversity moving forward!  From CNN:

“U.S. minorities now represent more than half of America’s population under the age of 1, the Census Bureau said, a historic demographic milestone with profound political, economic and social implications.

“2011 is the first time the population of infants under age 1 is majority minority,” said Robert Bernstein, a Census Bureau spokesman.”

So, what does this mean for you the HR Pro?  First off you better call the printer and have them change your art work on all of your employment branding materials – you know the ones – with the Black Female, Asian Male and guy in wheelchair – and just have them put a 40 year old white dude that is prematurely balding.  It seems like everything in HR eventually comes back full circle and I’m so thankful to be a part of this full circle experience as well.  Yes! I’m a minority!

The first thing I’m going to do as the “new” minority – white male – is to cancel all of these Diversity Councils and Committees we have – Young Black Smokers, Lesbians who don’t like the WNBA, Asian’s who suck at math, but are good at driving – and just go back to the one true Diversity Committee we need – White Dudes.  I mean no one understands us White Dudes – they think we look all alike and all we do is Fantasy Baseball and talk about how sweet our new minivans are – but we are far more than that!  We need a voice.

I also want to be the first to say – as the “new” minority group – I don’t think us White Dudes want any special treatment when it comes to hiring.  So, please, no special hiring policies that force you to put one of “us” in your interview pool.  As other minorities in the past, we want to be hired on our own merits and not a quota system.  But we would like to have our bowling teams added to the list of events which allows us to leave 30 minutes early on Thursday evenings.

I’ve been white almost all of my life, that I can remember, I mean I probably tried being something else a few times in high school and my wife always tells me – “You wish you were born black” because of my taste in music and love of the NBA – still I can’t imagine a United States – where the White Dudes are the Minority! Can You?  White Dudes run just about everything in this country – business, politics, entertainment, etc. – the only things we don’t run are gas stations and lawn services.  Being a minority is certainly be a shock to some of my white brothers and sisters!  I’m sure they are taking this news hard.  I’m hoping they aren’t reading this now for the first time or you’ll see a whole bunch of Volvo’s leaving the road and hitting trees!

I wonder how the diversity departments in organizations will begin to change?   Instead of Cinco De Mayo taco buffets they’ll have to switch up the menus  – what meals do what white people like?  I’ve been feed such a “diverse” diet of stuff from our diversity teams over the past 20 years I can’t even remember what “we” eat.  I mean I know the Canadian whites like donuts and beer, from what I hear – what do American whites like?  What schools will they go to, to recruit?  Probably all those small liberal arts schools on the east coast – they’re pretty milky white – those will be good sources of hires.   They need to start white kid scholarship programs to ensure we get enough white kids in the pipeline to build our future.  Wow – we’ve got a lot of work ahead of us!

White’s as the new minority – that is going to blow some minds in the U.S.!  Hey, quick question – what’s the number at the EEOC – I just want to have it on file in case all of you organizations don’t get in line?