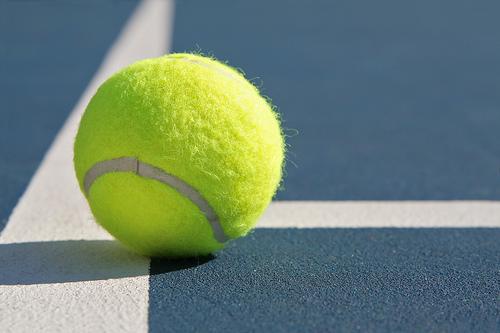 On a recent visit to the park near my house, I saw four guys playing tennis at the courts next to the playground.  “Good for them,” I thought to myself.  “Early Saturday morning, and those guys are out to work up a good sweat.”  I, on the other hand, was sitting on a bench, pounding a venti latte, watching my kids play and planning a long day of nothing.

I occasionally checked out their match, however, and it soon became obvious that they were not working up any sweat, either. The goal of their game, apparently, was to hit the ball as close to the opposing player as possible.  If a player hit a shot right at someone, the other players would cheer; a ball that was in bounds, but out of everyone’s reach, brought silence.  No extra effort, very little movement and limited stress.  Their range was one step away from wherever they were standing.

Lazy Tennis:  Four average dudes standing around, watching shots bounce out of their reach, with no effort to expand their range.

A hiring need opens, senior executives and HR pros look at the dynamics of the group / business and say, “Hey Sally, let’s make this hire a potential succession candidate.  Let’s work to identify someone who has the potential and interest to grow into your role in the next 2-4 years.”

If Sally is solid in her role, then she understands this is a good thing.  The company is committing to a comprehensive search of the market and perhaps a more lucrative comp package to hire the right person.  The company is also planning on providing Sally the potential flexibility to move up in the organization. Good news.

On the flip side, the average or poor manager freaks out.  Sally the average manager does not want to find someone who is going to push her.  Give her a candidate that is stronger than her, and she starts to sweat.  To continue the tennis analogy, she wants someone within a step of her, but no more.  She will find all sorts of reasons for rejecting good candidates who she will never let get through the process.

How do you fix this?  For bad managers, Tim Sackett suggested taking hiring authority away.  I agree—a bad manager needs to have other people assign talent to his team.  Tough call, hard conversation, but critical.

But how do you handle the “just average” manager?  This gets a bit tricky.  A former peer’s answer was that the senior exec for the group needed to see all first round candidates.  This might feel weird if this level typically only sees finalists, but it seemed to work.  The senior exec could engage early to provide the wider view that the average manager needs and that top candidates will want.

“Hey, Sally.  I just saw the résumé and summary of Tina Smith that Tim sent over.  Looks pretty interesting.  I would like to sit in on the interview when you bring her in to meet your team.”

If you don’t coach your exec to make this play, the manager won’t stretch for the shot.  The manager will sit there while top candidates pass by, like the guys watching shots go by in Lazy Tennis.  He wants the recruiting folks to find someone within just a step of himself.  Don’t let it happen.