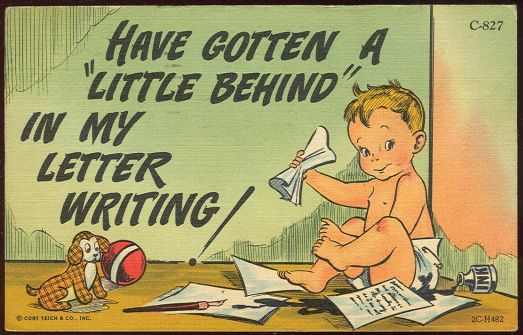 First of all, let me be clear: I actually like government.  I’ve been a state and a federal employee, I don’t think the free market would have given us Interstate Highways, and I believe that our country is much better off with Social Security than without it.  I also suspect that if minimum wage, wage and hour, and overtime laws went away this morning, workers would be mistreated by this afternoon.  I drive a Subaru and live in Connecticut.  I am, therefore, not KD or Tim.

So, that is where I’m coming from when I say this: there are a bunch of things government asks of me that should be done away with.  I’ve listed two broad areas here.  These proposals can be fixed on an agency level, without new legislation.  None of them will add jobs to the economy, but they will save a bit of money for both government agencies and the companies complying, and make government just a bit friendlier.

I get requests every month from the Census, Bureau of Labor Statistics, Department of Labor, and some other state agencies.  They all want to know some version of how many people I have working at a given time, what they’re getting paid, and what their demographics are.  Some of these reports want data for a specific worksite, some want for a specific job class, and some are looking for all the employees in one state.  I comply because I have to, and because I want this data – I want to know what unemployment is, and if hiring has increased.

My problem is that these folks aren’t sharing the data.  Each agency asks for slightly different items, in a slightly different way.  You’re also on different timelines, so there’s a constant drip of them throughout the month.  Not only that, but your forms and collection technology haven’t changed since the 80’s.  They are machine scanable forms where I fill in ovals with a #2 pencil, or write inside the box.

Yes, you could shift to a web-based system of reporting.  That’s really more convenient for you than me, though.  I’d like to only be asked one set of questions; BLS, DOL, Census, and state agencies can divvy the information up later.  Better yet, I have to report a lot of this information on my 941’s each quarter anyway.  Could we combine those?  Maybe put job titles and hours worked on a 941 each quarter and move on with life?

While I’m talking about reporting: any employer who hires a new employee has to provide that person’s information to the state within a week or two of hire.  This drives child support and debt collection, so it serves a purpose.  Most HR people don’t even know that this takes place, because our payroll service does it for us.  But for small businesses, or in-house payroll people, this is a bit of a pain.  It’s made more annoying by the fact that E-Verify has us providing the exact same info to a different government agency!  As E-Verify gets better and more widely used, let’s make that an incentive for getting on it in the first place: sign up for E-Verify, and we’ll automatically do your new hire reporting.

Every state has a state-run job board.  It’s free to list your jobs with it, and it feeds into the unemployment service centers.  Federal contractors are actually required to post all of their jobs on these boards, to ensure equal access to jobs for veterans.

The problem is that they’re difficult to use, and obsolete.  Difficult, because I have to post jobs one by one.  I can’t give them an XML feed like I would for a normal service provider.  The only way to give them a dedicated feed is to belong to Direct Employers and pay $15K per year, and I don’t want to do that either.

More importantly, though, Simply Hired, Indeed, and many others have made state job boards obsolete.  I can post jobs on these boards for free too, they take XML feeds, and they’re easy to use.  What’s more, they’re better for a state’s unemployed population – any person who is only applying to jobs they find on their state jobs site is in for trouble.  States: please disband your jobs sites, and just contract with Indeed if you really want to have something branded as your own.

PS to Ohio and Pennsylvania: Please stop allowing your towns, counties, and school districts to collect income taxes.  They’re not very good at it, and it’s incredibly confusing for out of state employers.  Do what New York does, collect all income taxes at the state level, and then divide it up later.  Thanks!