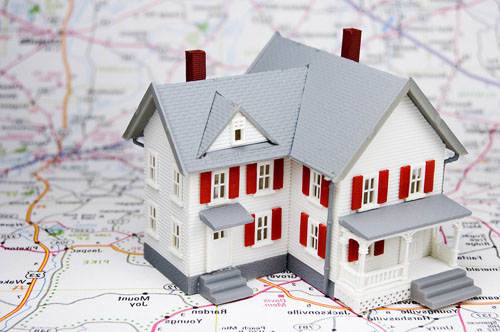 A candidate, Tim, recently turned down an offer because he decided at the last minute that he did not want to relocate his family.  The move was going to be too traumatic for them, he told me.  Even at the end of the process, we agreed that our gig was the best career opportunity he would see—it was a perfect match.  And he passed on it to stay local.

Relocation for a career move is tough.  I get it.  Sorta.

Here’s what I mean:  I have never had to relocate for work.  I would prefer to not have to move.  Finding the right support system for my kids would require significant work.  But I would absolutely do it if I needed to.

Years ago, Dave in Detroit taught me a painful relo lesson.  Dave had an in-demand skillset at the early stages of a downturn in the economy.  Detroit was suffering, we offered relocation, and he was a good candidate.  It should have been a great match.  Dave would not relocate, though, and told me he was willing to wait for work in Detroit.  We said goodbye, and I wished him luck.  Three months later, he called me back, still waiting, but now open to travel but not relocation.

After three more months of not finding work in Motor City, Dave called to say he would consider relocation, but wanted to wait for the right offer on his house.  “He’s gonna be too late,” we thought.

When he finally called back, he told me he had given his house keys to the bank, filed for bankruptcy, and was now ready to relocate at any time to any place.  No work, no wages, no home buyers, no sale.  It broke my heart and turned my stomach.

A recent BusinessWeek article, The Big Mac Theory of Development, expands on how much “place matters” when talking about work:

A new paper by Princeton Economist Orley Ashenfelter … studies what McDonald’s employees earn against the cost of a Big Mac in their local franchise. The Big Mac is a standard product, and the way it’s made worldwide is highly standardized. The skill level involved in making it (such as it is) is the same everywhere. …In the U.S. a McDonald’s crew member earns an average of $7.22 an hour, and a Big Mac costs an average of $3.04. .. In India a crew member earns 46 cents an hour while the average Big Mac costs just $1.29. …Same job, same skills—yet Indian workers at McDonald’s earn one-seventh the real hourly wage of a U.S. worker. There’s a huge “place premium” to working in America rather than India….

So the overwhelming explanation for who is rich and who is poor on a global scale isn’t about who you are; it’s about where you are.

The article goes on to look at higher end jobs, as well, including a group of software engineers.  The overall story is about global demographics, but we know that place matters for candidates.  It comes down to this:  Geographic flexibility multiplies the quality and number of career options a person has.  People with no experience in oil boom towns can make 120k.  A software programmer in Silicon Valley makes more than a software programmer in Kirksville, MO.  People who move from a depressed local economy will do better professionally than those who stay.

Where you work, where you make your version of the Big Mac, matters.  Would you move to enhance your career?  Or have you moved to escape a downturn?  It’s tough for a candidate to come to the realization that jobs aren’t where they used to be.  For recruiters, getting candidates to move requires that you be a family counselor, realtor, psychologist and career counselor.  Tim, my candidate from earlier, made the decision that was right for his family, not his career.  Tough call for everyone there.