I married a huge one.

Meet Shaun Soleau (a board gamer with a passion for all things Game of Thrones): 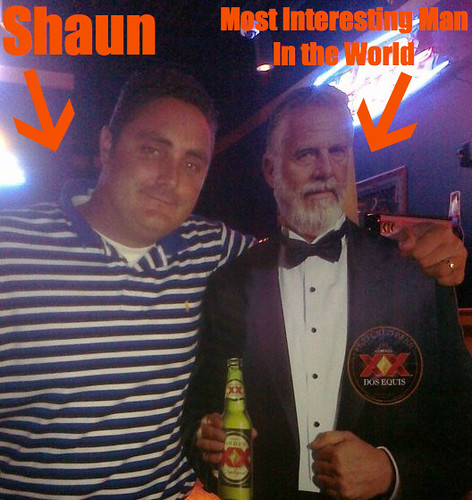 Shaun wasn’t a sports playing frat boy in college, and he’s not had many girlfriends. But those things don’t matter to me. Actually, those things ended up being more attractive to me when we were dating. I was tired of the same old, same old.

And his employer likes him, too.

Every company has their problems. We all need someone to recognize it, tinker with the problem, and fix it.

In my experience, the geekier the employee, the more they live and breathe all things company related. They know your mission statement. Heck, they probably help write it.

Once you figure out what makes this guy tick, you’re in.

You’ll find he is loyal to his favorite TV show, brands, and significant other. If he loves all things Apple, getting him a new Mac Book is going to be like Geek Christmas. It’s the little things that will make him your company’s biggest fan.

If there’s anyone that can roll with the punches, it’s your geekiest employees.

You should see the geeks come a running whenever a manufacturer sends us a newly released car. They can’t wait to test drive it! As a matter of fact, they’ve test drove it, figured out how to pair their phone to it, and know all about the engine specifics before lunch.

And when I announce that I’m changing our employee compliance system, the geeks won’t freak out on me. They’ll just go in there and sign off on the policies, because to them… it’s no big deal.

The learning never ends when you have people passionate about what their doing. If you think you have a stagnent department, throw some geeks in there.  They’ll get it moving along.

They want to know abotu the latest trends. They read industry specific publications. They attend webinars and tarde shows. And they typically hold high level degrees (since they tend to be lifetime students).

Seriously. When was the last time you had to write-up a geek? I can’t even remember.

They don’t cause friction, and they aren’t cocky. They don’t have to be argumentative. They know they have the right answers.

What do you think? Is geek the new chic?