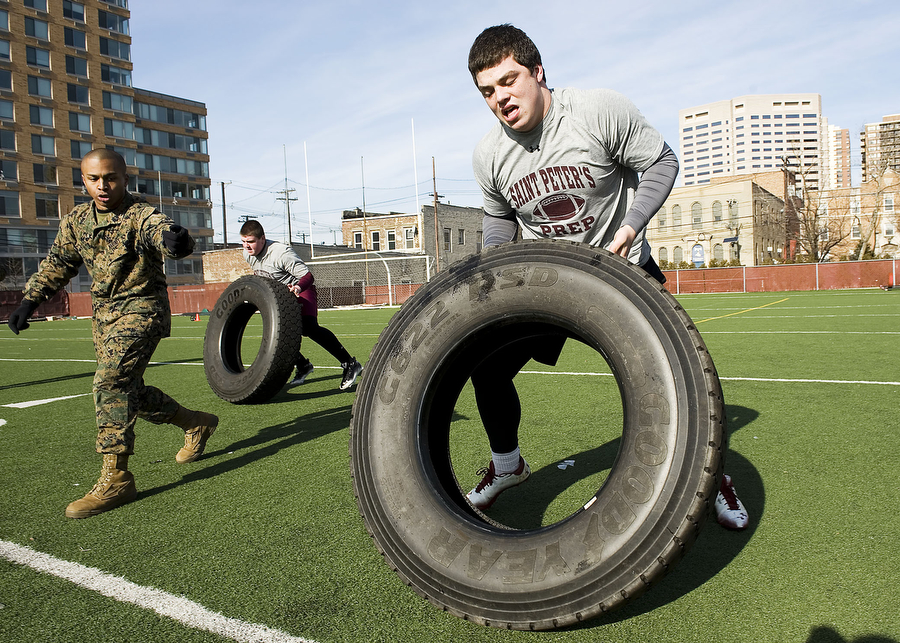 Your organization’s managers have many shortcomings.  They refuse to make a decision without having a meeting and cc-ing the whole world on an email about it.  They desperately need someone to fill that open position, then go two weeks without reviewing resumes, only to decide that maybe they  don’t need someone after all.  They can’t coach, avoid confrontation, and point fingers everywhere else when explaining the 2.6% raise that is “all the budget will support.”  They coddle and forgive problem employees, and then suddenly want to fire them without a shred of documentation.

And you, in HR, are left cleaning up the pieces.

So, what to do?  Well, management training, of course!  Send them to seminars, pay tuition, have retreats and do trust falls until people end up with bruises on their backs.  That will make them better managers, right?

Alas, it does not.

Management training is not a “one and done” experience.  Every policy you have, and every process your organization implements, trains your managers.  Time and experience has taught them a much more lasting lesson than a week of seminars offsite.

A few years back, there were wildfires across southern California.  My company had a small warehouse there that was an organizational anomaly; I supported them for HR, but their line management was in Europe.  The fires had closed most schools in the area, and UPS and FedEx weren’t shipping anything in or out.  So, the manager did the obvious thing: he called me and asked if it was OK to close.

I was less than a year out of the Army at the time, so I simply made a decision and said yes, you need to close, give us a call when you’re open again.  It wasn’t an HR decision, but the manager had learned that big decisions like this needed input from “corporate”, and I was the first guy to answer a phone.  If we had followed the shared accountabilities matrix, several other people might have been needed to officially close the warehouse – if we even had a line for “close a facility during a natural disaster.”

We give managers these lessons every day.  Every time “HR should be in the room” for a given discussion with an employee, it tells managers that “the company” doesn’t trust them to do things on their own.  Specifically, we train our managers not to manage with:

– Interview “training”.  This invariably shifts from the skills involved in talking to candidates, to a long list of “questions you can’t ask during an interview.”  I’ve never been able to find a successful age discrimination lawsuit based solely on someone asking “how old are you?” during an interview, so I think this small facet of the training has taken on an outsized role.  There is much greater risk to the organization from screening and hiring badly than the risk posed by a manager asking about a candidate’s kids.  However, our hiring managers get trained that the very worst thing they can do is ask questions that aren’t on the interview script.

– Pay increase budgeting.  Managers don’t need to judge or evaluate their employees harshly when everyone is going to get the 2.6% raise that the Controller set.  Or, getting no increase.  Again, consider the lesson:

“Dear Manager:  if you want to work really hard and jump through lots of hoops, we might be able to get one of your star performers a 5% raise.  Maybe.  Or, you could do no work, and just say the 2% is policy and there’s nothing you can do about it.  Your call.  XOXO, your Human Resources Department.”

– Counseling and Development.  As the HR person, I want you to develop your people.  But, I want it documented.  And don’t say anything that will get us sued, because I’ll have to fire you then.  In fact, maybe I should sit in the room with you, and we’ll go over it ahead of time.  And keep your opinions out of it; I want this to be impartial.  But please, let your people know how they’re doing!  You know, without confrontation.

– Ownership for Decisions.  One of the cardinal rules of management in the military is that all orders come from you, not your boss.  “The commanding general wants us to secure this intersection” is every bit as effective as “The Board of Directors wants us to spend less on paper.”  It’s transparently not true (the CG doesn’t necessarily know about that intersection, and the board cares about profitability not paper), and it encourages managers to duck responsibility.  Effective management is when you say ”We are going to secure this intersection, with tanks at these corners”, or “We are going to reduce our paper costs by not printing out every email and printing double-sided”.  However, the organization as a whole needs to embrace this kind of managerial accountability.  Direct reports to the CEO need to pass along directives as their own, and make sure everyone down the line does the same.  When you allow your managers to give direction by forwarding their boss’s email to their direct reports, you teach them that they don’t need to take any particular accountability for their own actions.

So, the next time you lament your timid, wishy-washy managers who won’t take the initiative, ask where they learned that from!