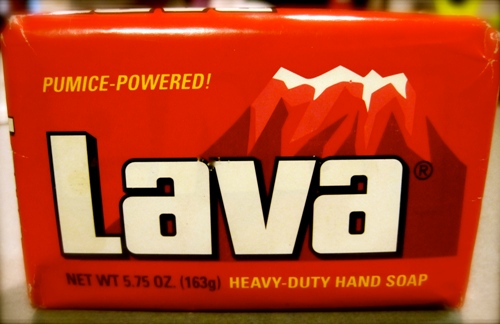 Early in my career, I took a turn doing light industrial contract recruiting.  Temp work for lots of warehouse workers, forklift drivers, mechanics, etc.  Physically demanding, low wages…these were tough gigs, and recruiting for them was a bear.

All of the jobs were hard to successfully recruit for, but by far, the worst job we worked on was to place folks at a food color company.  The company’s model was to bring temporary employees in before offering them full time roles, and their first job was in the color mixing area. It was appropriately nicknamed the “Blender.”

Imagine fifteen workers, mixing powdered and liquid colors in huge vats with long oar-like paddles, twelve hour shifts at a time.  The powdered color floated through the air everywhere.  At the end of the shift, the guys (all were guys) had semi-permanent tie dyed tattoos.  These were industrial strength food dyes, used to make the different colors of Skittles, for example.  Apparently, when you worked with them for twelve hour days, they also dyed skin.

It took a guy 30 minutes of scrubbing with Lava Soap to get the stains off.  Remember Lava Soap?  These dudes bought it by the case.

What can a crappy job teach you about recruiting?  This where I first learned the concept of a “value proposition.”  I did not learn the formal definition until later in my career, but after having five guys in a row start the job and quit after three days, we all started asking questions.  Why would anyone want to work in this job? What’s the benefit to the employee? What types of people will respond to that offering and where can we find them?  We spent time at the company, interviewing new and tenured employees.

For the company running the Blender, their value proposition was this:  Come in, get along, work hard, don’t whine and you’ll get rewarded.  If you complained too much or did not get along with your Blender Buddies, you were out. If you lasted six months, the company offered you a full time role, including benefits and a decent raise.   Most importantly, employees rotated out of the Blender after one year.  No more blue arms and orange ears.  We just found the value proposition.

Voluntary attrition in the first three months was over 55%.  In the next three months, it dropped to about 12%.  After one year, it went somewhere south of 5%.  Make the cut, and you’ll likely stay long term.  For industrial plant workers in the late 1990’s, that was a valuable offer.  In many regards, these were good jobs.  Dirty, but good, and I was grateful we helped some people earn a salary.

I’m not trying to fool anyone.  Recruiting for the job sucked. All I’m saying is that we had zero success until we really dug into what types of people were successful.   We failed until we could consistently articulate the value an employee received in exchange for a year of needing Lava Soap massages.

Want more on EVP’s?  Make some plans to join the FOT crew on Thursday July, 19 at 1:00PM ET, 10:00 AM PT for the Bootstrap Your Employment Brand the FOT Way webinar.