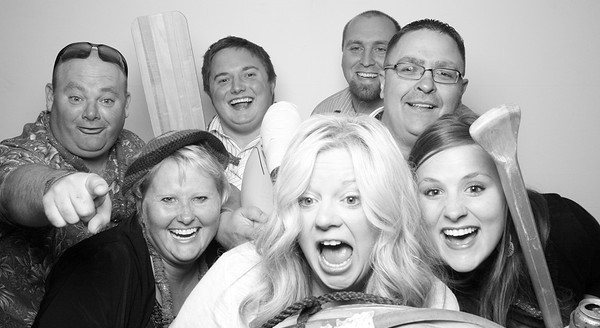 We’ve all been there.

The ex-employee makes eye contact, you smile, and approach him, and ask how his family is doing and where he’s working now. After all, you’re HR, and HR is nice. You are required to make small talk with this person (even if you can’t remember if it ended well).

Okay, so imagine you’re drunk when this happens.

Imagine you’re drunk when this happens, at a bar with your friends, and the person you fired (or maybe he quit?) is actually the lead singer of the band on stage.

Imagine you’re drunk, at a bar, and you see the fired-or-maybe-he-quit guy, and he sees you, and there is no way to avoid turning around and walking back out because the person-who-no-longer-works-for-you announces you as you walk through the door.

Look everyone! It’s Meredith Soleau! We used to work together! Meredith, grab yourself a drink and come on up here with me and shake this tambourine!

That’s what happened. But stay with me, because this story is about to get way worse.

I didn’t know what to do at that point. I had already been drinking. I was at a local charity event. This was supposed to be the after-party. My judgment was a little hazy from glass after glass of Moscata. My eyes were doing that squinty drunk-eye thing, and he announced me to the bar. What. The. Hell.

So I walked over to the bar, ordered a drink and a shot of confidence, and explained to my friend that he used to work at the car dealership (and now he doesn’t work there, but I couldn’t remember the details).

Oh, just go up there and shake the tambourine. It’ll be fun. It probably ended fine because he seemed super happy to see you. After all, you were supposed to be a famous Country Music singer, but your parents made go to college, and somehow you wound up in HR…

And that’s where it all went terribly wrong.

You guys, I am not really sure what happened, but I woke up the next morning thinking to myself,

Dear God, please do not tell me I made a complete fool of myself last night.

I texted my friend, to ask her if I’d been roofied, and of course I had not been. However, I did sing five songs with the band (which was an entire set). And my singing? It wasn’t top notch after the third shot of Jagermeister.

I messed up you guys. I’m doing the HR-Walk-of-Shame. And I pray I never run into this former ever again.

Have you ever ran into a former employee when you were out drinking? Do you think it’s true that HR is held to a higher standard, even while having a night out on the town? Or should I just stop fretting about it?