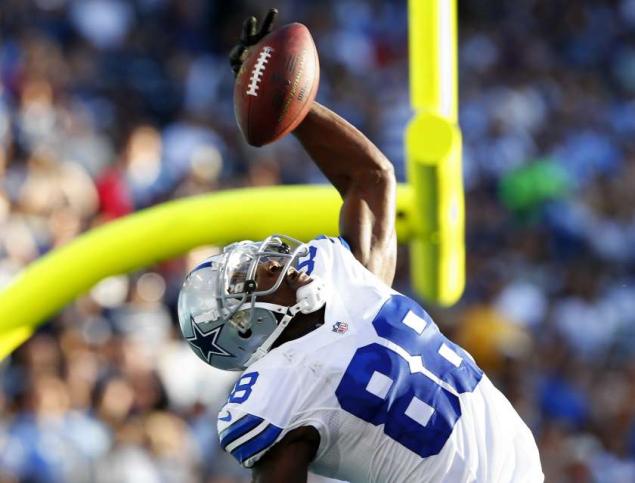 As you would guess from the title of the blog, we talk a lot about talent around here.  Want to know how to identify, attract, interview, select, hire and develop talent?  Yep, that we got.   I do not, however, recall anyone around the FOT clubhouse writing about a company protecting a talented individual from himself or herself.

Well, here you go—Enter the Dallas Cowboys football team.  Dez Bryant is a star receiver for the Cowboys, and he has more football talent in his little finger than most people do in their whole body.  The Cowboys spent a boatload of money to get Bryant, and they want to protect their investment.  From himself, apparently.

On the field (at “work”), Bryant is a top performer.  Unfortunately, off the field, he’s a circus.  In the last two years, Bryant was cited for an altercation with a mall cop who asked him to pull up his pants, got in a fight with Lil Wayne and most recently was arrested after allegedly assaulting his mother.  He’s a distraction, an embarrassment and might soon let his off field issues interfere with his on-field performance.

The Cowboys don’t want that to happen.  Check the story from espn.com.

Bryant, one of the stars of training camp, has agreed to a rigorous set of rules designed and implemented by owner Jerry Jones and the Cowboys to prevent any off-the-field issues from affecting his ability to maximize his immense potential…some of the rules Bryant must abide are as follows:

The sources have also indicated additional rules are in place that will govern virtually every aspect of Bryant’s life.

Here’s my question for the fantastically smart FOT readers:  Can they get an employee to change his behavior by managing him this way?  The article said that rules will govern every aspect of Bryant’s life.  Is that really what they should do, or should they let him be and deal out consequences when he screws up?

I think my partner Paul Hebert will tell you that an incentive program, if designed correctly, can change behaviors in the short term.  Does a three-man security detail and a no-strip-clubs-rule count as an incentive?  Not so much… All stick, no carrot.

Can the Cowboys get him to change?  I say no.  He won’t change until he wants to, and the measures the Cowboys have in place are there to just keep him from screwing up, not to make him better overall.  Cowboys owner Jerry Jones tried this before with troubled player Adam “PacMan” Jones—he limited access to any of his friends, gave him a bodyguard and told him no strip clubs.  PacMan just got bored and picked a fight with the bodyguard.

Let me know if you think the organization should play the role of protective parent, or if they should expect a 23 year old man to handle his business.  Opening Day is one week from today.