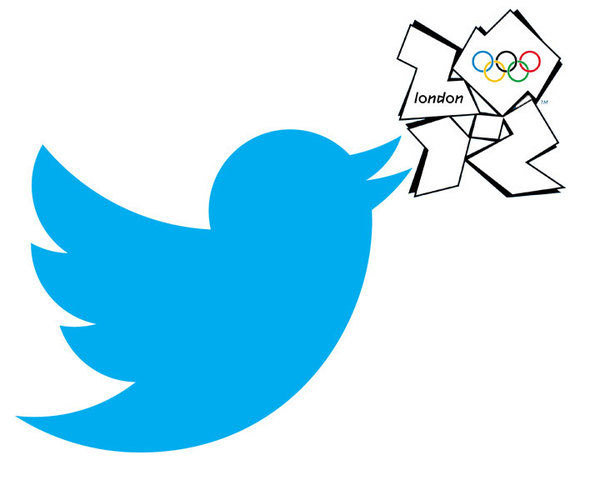 The pressure to do a funny, inappropriate, informative post using the Olympics as my inspiration is literally causing me a stomach ache. I’m not sure why I’m getting so worked up over this because it’s not like anyone at FOT told me I have to talk about the Olympics, it’s just that I feel like the cool kids are doing it and, well, I’d like to be in the cool kid club if I can swing it.

But the truth is that I don’t have TV and haven’t seen a single Olympic event since the “Queen” dropped out of a helicopter in the Opening Ceremonies. This year, instead of watching the Olympics on TV, I’ve been experiencing it via Twitter with fifteen million others.

If we as business professionals find it stressful doing damage control over what our employees and customers are saying about us on twitter, imagine how the International Olympic Committee, coaches, and parents of the athletes are faring right now. Headlines have been made over unruly fans threatening athletes via Twitter, athletes being kicked out of the games because of racist tweets, virginity confessions being made by athletes in fewer than 140 characters, and the list goes on.

It’s enough to cause rule-makers all over the world to suggest adding more specific twitter rules into the 1500 word social media guidelines given to Olympic athletes.

And it’s enough to make any company owner think twice about openly encouraging employees to tweet about your company.

But think about this: Because of Twitter I’ve been able to ‘witness’ an athlete’s mom sending her a message before she raced, the excitement of being able to talk to the President of the US, the heartbreak of not performing ones best, the camaraderie of a team who just won gold, and the pure joy of an athlete who tweeted “tonight we’re sleeping with our medals tucked under our pillows”.

I have never been so emotionally involved with the Olympics in my life; so connected, so passionate, so excited. Yet, I haven’t seen a single event. Being able to see the Olympics from the inside out makes me feel connected and part of something bigger.

It’s hard for me to say that what you’re doing at your company is as big as the Olympics (or even as exciting), but that doesn’t mean you can’t build a sense of pride and camaraderie with your customers. What you’re working on, the programs you’re creating, the people you’re employing, the stories you have, the mistakes you’re making and the solutions you’re coming up with; all of those matter to your customers. So stop being so afraid of using Twitter or other social media outlets to share your raw stories.

Your customers, employees, and future business partners will thank you.