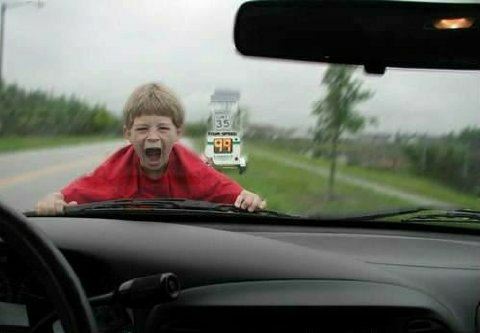 I'll never forget the day that our favorite IT guy (ever) came to me, and told me, the vendor we were working with, was trying to recruit him.

I think he wanted me to beg him to stay.

I didn't, but in hind-sight, maybe I should have.

I asked him what they were offering. I told him I really wanted him to stay, but I understood if he had to go see for himself if he'd like working there. I didn't want to him to ever feel like he'd missed out on an opportunity.

He went to the vendor.

I quietly hated that vendor.

I just couldn't believe the nerve of this company! We were their client, and they recruited one of our best and brightest. But as an employer, we have never made our employees sign any sort of non-compete. We figure, if we don't want them working here, we fire them. And if they don't want to work here anymore, we must be doing something wrong, so we should allow them to follow their hearts.

You see, that's what kind of company we are. We treat people like people.

We allow people (who leave on good terms) to come back to us again. One time. If you've left us, and you want back in, you can come back one more time. Because sometimes the grass isn't greener on the other side.

As for my favorite IT guy ever, the grass was dead. He wanted to come back home.

A year after he left, his position opened up again, and we brought back

him back to greener grass.

Here's where the story gets good…

The VENDOR that recruited him from us (remember, we were THEIR client), called us up and threatened to sue us for recruiting him from them!

Wait a freaking second here! You?! Want to sue us?! For taking the guy back that YOU originally took from us?! On what grounds?!

There was nothing in our contract about bringing him back to us, or even taking employees from them. So legally, we are cool, and we have no worries. However, if they DID have a contract with us that stated we couldn't recruit from their staff… would it even matter in this case?

I don't think so.

Because it's the principal of the whole thing.

When you take MY employee, and MY employee doesn't like YOUR workplace, and he wants to come back home, I AM GOING TO LET HIM! I don't give a s#*t what your contract says!

We no longer do business with this vendor. The relationship is beyond repair. The bridge hasn't just been burned, the bridge was burned to the ground, and then a tsunami came through and wiped out any proof that a bridge had ever existed.

Let this be a lesson to you, Vendors. I hope you've realized what pisses off your clients. DON'T POACH HELP FROM US! It's just bad business.

What do you think? Vendors, do you agree with me? HR Peeps, have you ever had this happen to you?