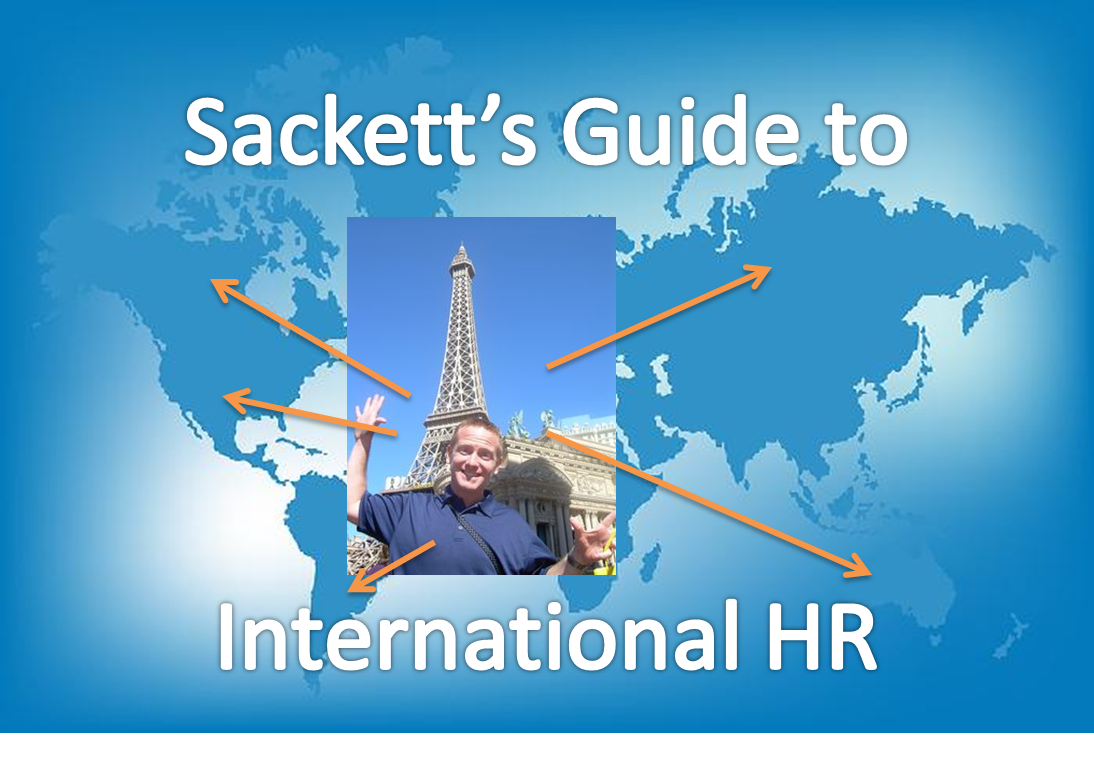 I traveled to Canada last week to speak at the Achievers user conference – so, basically, I now have International HR experience and I wanted to share it with the FOT nation! (BTW – side note – HR vendor user conferences might be the best kept secret in HR conference action!  You get some great Trench HR pros speaking, folks you haven't seen before, sprinkled in with Dancing Monkey's like myself – much better than a lot of the state SHRM conferences – and better food!  It's a different crowd for sure and great energy – Achievers does the user conference thing correct.)   Ok, International HR.

Before traveling to Canada last week, my International HR experience consisted of traveling to California!  Let's face it – American HR Pros – California is a country upon itself in HR – it's worse than working International HR – the State of California has to be the worse state in the U.S. to practice HR in – but it's sunny, so companies still go there for really that reason only – because in terms of people practices it's a nightmare.

So, here's what I learned about International HR:

1. HR in another country, is not HR in the United States!  Brilliant right!?!?  I was told this a couple of times – apparently when you speak about HR “internationally” people like to point this out when you give them examples from an American HR perspective,  that's now how it is everywhere!  Thanks for the tip – an all along I thought HR was the same everywhere… This is an international “we th

ink all Americans are idiots” bias coming out – I would have given “international” examples but you kept telling me California is an American state!

2. Other countries, outside of the U.S., don't fire people because they are black, or female, or Jewish.   Apparently other countries don't discriminate, only the United States. Not sure how International HR got rid of discrimination, but I sure hope they would share with the United States!  Again, from feedback I received after my little talk.  I was told other countries “value differences and other cultures” – which really means “we don't think you Americans give a crap about anyone except yourselves” – probably, mostly right. USA! USA! USA!

3. You can drop an “F-Bomb” 11 times in a 1 hour HR conversation in Canada and they feel like you were holding back.  American HR is uptight, we all know that.  Just take a look at the presentation titles for SHRM National – it's Vanilla city.  Other countries – Canada, European countries, Scandinavian countries, Australia, New Zealand, etc. – are not as uptight – by a factor of like 3 Million, as compared.  They know they are valuable and they aren't trying over-act the professionalism aspect.  It makes for much more dynamic conversation.  I have a feeling I would fit into an HR role much better overseas! (preferably somewhere warm on sky blue water and sandy beaches – just in case someone is in need!)

American HR Pros – what has been your experience with International HR? Hit me in the comments…