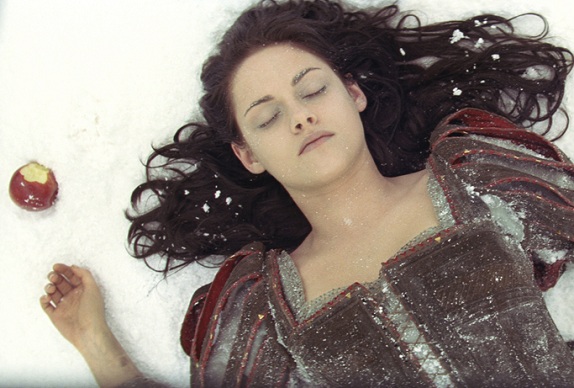 Unless you've been living under a rock (or if you have no interest in sparkly vampires… which seems unlikely), you know that Hollywood couple, Kristen Stewart and Robert Pattinson, are on the rocks. Rumors (and photos) have it that Stewart was cozying up with her Snow White and the Huntsmen movie director, Rupert Sanders.

Okay, so how does this bit of celebrity gossip relate back to HR? Well, there's actually a bunch of work-related things going on here.

1. There was a work-place romance. Actually, there were two work-place romances. Clearly, Kristen Stewart has a “thing” for dating co-workers, as that's how she met Robert Pattison (her original boyfriend, from the set of Twilight) and Rupert Sanders (the guy she cheated with on Pattinson with, Director of Snow White and the Huntsmen).

2. The sequel movie is changing as a result of their work-place romance. It's being reported that the sequel to Snow White and the Huntsmen will now just be called The Huntsmen. The franchise will reportedly: a) go forward without Kristen Stewart and b) the movie must be re-written without her.

3. The WIP is out of whack. David Koepp, who was writing the script for the sequel (a script that featured Kristen), has backed out. He states,

“[I worked on a script] that I really liked [for Kristen],” he says. “And [Universal's] situation, I hear, changed a little, so they weren’t interested in pursuing that idea anymore. I felt like there was a good path with [Kristen], but then they wanted to explore a different thing that I had no ideas for. If you don’t have any ideas, you should probably put your pen in your backpack and go home.”

Well that would not be fun. Can you imagine having this scr

ipt written, yet Universal decides to go in another direction, thus changing everything about your script? Resulting in you taking your ball and going home?

4. There's a bit of a PR problem. Kristen Stewart's former fans are uprising against her, and even going as far as to sport tee-shirts with the word that say, “Trampire“. Kristen Stewart has become the enemy. How's that for fan loyalty? 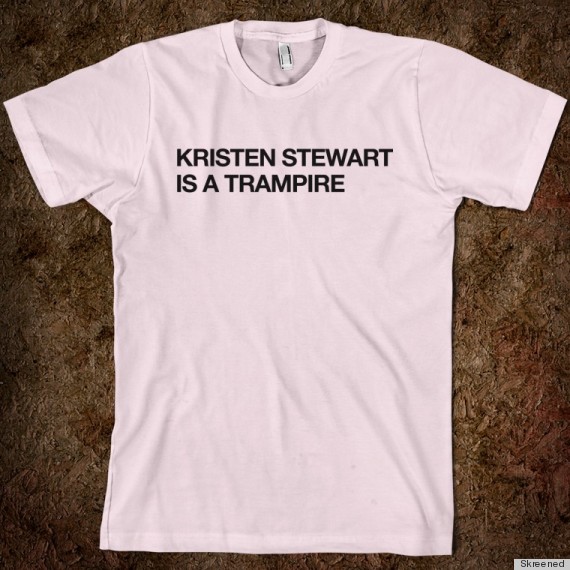 It seems pretty clear (to me) the message that Universal is sending:

It's okay to sleep with your employees when you're the boss. We will just change everything for you, and make her go away.

My stance on this holds strong. It's the same thing I preach to my management team. Managers should never be allowed to fraternize with their employees. Like, ever. It always starts nice, and it always ends badly. And managers should be held accountable for these actions, not just their subordinates.

I understand if it was too awkward for them to continue to work together. But she didn't quit on her own accord. She was fired. And the entire franchise was changed as a result.

You guys know this is wrong. Your big HR hearts are telling you, “This isn't right…it might be kind of illegal…”  Aren't they?

What do you think? Should Stewart have been written off? Or should Rupert Sanders have had to suck it up and live with the consequences?