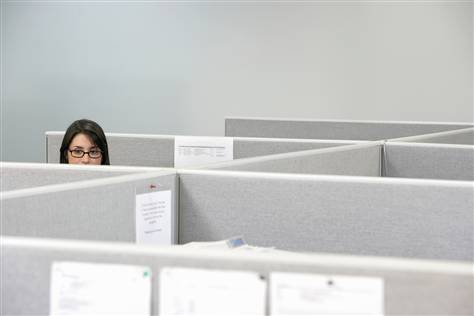 It’s hard to miss the fact that we have a bullying problem in our schools. It angers me to hear of another child who commits suicide because s/he was being stalked, bullied, beat up, and belittled by peers. I hate to think of tragic events that hit so close to home in my life that might have been prevented if we’d stopped the bullying in middle and high schools across the country. And I’m pained by the thought that if those kids had just held on for a few more years, had made it through the tough teenage period, they’d realize that it gets easier, that people stop being so mean. And they might have decided to live instead of die.

Because it gets easier, right? We become adults and start treating each other with dignity and respect?

Or do we have a bullying problem in our organizations too? Because a few weeks ago I was talking to a woman I know who I believe is being bullied at work and no one is doing anything about it. Here’s the situation:

The organization went through a huge restructure a few years ago and in the process Mindy was moved into a management position. She’d never managed anyone in her life and told them at the time that she really didn't know what she was supposed to do as a manager. She has never been comfortable with the transition. Her employees need training but corporate keeps denying Mindy’s request for a training budget. She tries to set up weekly meetings but her employees never show up and she senses that they ar

e whispering about her as she walks past them in the halls. The employees obviously don’t respect her and she’s intimidated by them so she just tries to lay low and make it through. She has asked for help from her manager several times but he isn't helpful.

During the last round of performance reviews Mindy received terrible management scores. She wasn't surprised. What she was surprised by were the comments employees made about the way she dressed, the way she wore her hair, and the way she looked. Her already low confidence plummeted. And when her manager was reading the comments to her and saw how upset she was getting he simply said, “I agree with everything they said”.

Now it’s obvious to Mindy that she is in the wrong role and she is trying to remedy that but I do not understand how HR and her manager thought it was okay to let employees stoop so low in a performance review as to comment on her appearance as a supporting bullet to why she is a bad manager. Her looks are not getting in the way of her doing her job and she is not breaking any dress codes. If her manager has problems with her appearance for a job related reason then it’s one thing for him to pull her aside to have a conversation about it but it is a completely different thing to let her employees get away with talking about her like that.

Am I wrong? Is bullying happening more then we think at work or is this an isolated incident? Hit me in the comments…