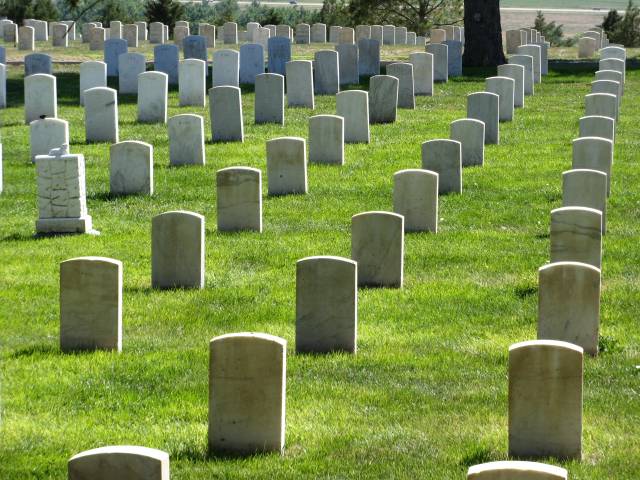 This is going to sound morbid but I promise it isn't. I want you to write your own obituary. Today. Actually, Tony Robbins style… stop the tape, get out a tablet and pen the damn thing right now. The formula for a decent obituary is the following:

William was born in New Jersey but, more importantly, raised in Texas. William was riddled with biases and contradictions. He reveled in his vices and publicly made fun of folks that tried to hide the freak side of human nature. William was a cafeteria style Catholic. William loved dominance… Michael Jordan, Tiger Woods, Manchester United were all passions for him. William loved the beach… any beach really but the Emerald Coast of Florida was his favorite. William was an over-cusser. He enjoyed fine cigars and fine scotch but not at the same time. He was an avid coin collector. A little known fact about William… he was superstitious… in a weird eccentric sorta way. William was most comfortable listening to hip hop and/or reggae music. William loved swagger and people that believed in themselves.

William despised small talk, small minded people and most politicians. William was a harsh mentor, partner, friend and father. Harsh. As in don't ask for his opinion if you don't want his version of the truth. William inhaled life and had absolutely no regrets. His intensity was legendary and was both his greatest asset and biggest weakness. William was probably one of the most misunderstood people of all time… mostly because he didn't give two s#*ts about what others thought of him. He was always comfortable in own skin. William was drawn to people that exuded passion, intellect, and ambition. Of the folks that intersected with William, 50% loved him and 50% desp

ised him. Tattooed over his heart were the words… faith, love, hope and trust. Those were all aspirational ideals for William.

William barely graduated high school but easily completed his BA (Art History), MA (American Indian Studies) and MBA (Marketing). He was an accomplished entrepreneur. His foundation, Mouse Tincup, funds arts programs for American Indian children. His biggest successes were being a father to his two sons and best friend and loving partner to his wife Michal.

William is survived by his wife of 50 years, Michal. His two sons Joseph Henry and Van Ollis. His is also survived by his two brothers, John and Joel. He touched countless lives… in intended ways and unintended ways of course. In accordance with William's wishes the family is not having a memorial service. Please RSVP to William's wake, planned for Tuesday at 6:00 pm at Club Schmitz in Dallas. Come prepare to drink, dance, smoke and tell inappropriate stories of William's exploits and/or escapades. After all, we're celebrating his life not his passing. Limousines will be provided.

Okay, that was really hard to do.

The next time you are about to hire someone… and they've fulfilled the normal requirements. They have skills… check. They are competent… check. References say nice things about them… check. Have them produce their obituary for you. I think deep within the subtext of their obituary might just be the secret sauce to 'fitability'. Is this a person that you want to spend significant time around or not? Is this someone that inspires or repulses you? Is this someone that you are proud to have known? Does this person have similar values, etc? I don't know… just seems like we should explore this more in both HR and recruiting.

PS. I wrote this article on a plane from Detroit to Dallas… how morbid is that? And stop judging me.