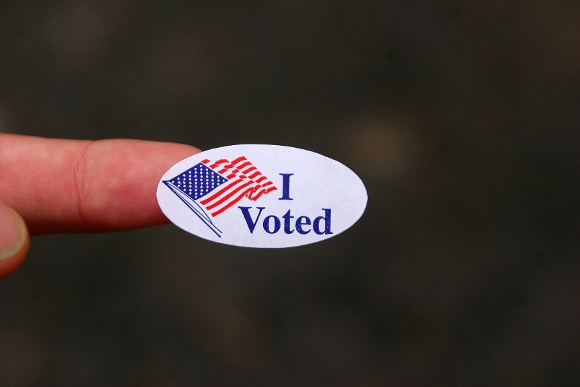 For me? No one – NO ONE – brought up the results or offered up any reactions or commentary. And not because they were unhappy with the results. I knew with 98% certainty how a handful of my coworkers voted and should have felt about the results. (Hey, you too should go be Facebook friends with your coworkers!) But no one facilitated any kind of chatter or conversation about the results.

But the majority of people I spoke to were not budging or giving in to my prompts. Opinions or reactions – one way or another – weren’t seeping out. Much to my disappointment.

Which got me thinking. What’s going on with us? And what does this say about our work cultures that folks weren’t interested in talking about what had happened the previous night? Have politics and talk of it become that polarizing and alienating? Have we all become that scared and nervous about the potential of offending that we just won’t talk about a presidential election results? Is it that risky?

On Election Day, many, many, many of my coworkers had sported their “I voted” stickers. There was obviously some pride that came with wearing their sticker. I voted! I participated in the democratic process! I have a voice! But to then not be able to follow that up with a discussion the next day… I’m still just a little surprised by.

So what were things like in your neck of the woods? Share! I’d love to know what others experienced.

From where I’m sitting, win or lose for your guy, the path forward for our entire country still requires working together. We’re still going to be neighbors and have to live by and with each other. You gotta be able to talk through it ALL with each other. Get into a squabble in the office? Managing an employee relations issue that involves a major squabble? You know you gotta talk it all through. So why not talk to each other – with respect -about what just happened?