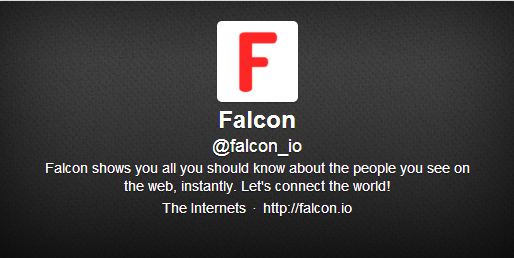 So one of my biggest New Year's resolutions has been to read more.  I recently came across this blog and am now becoming a fan of Falcon.  Self-described  as Rapportive for the web, once it is installed as an extension in your Chrome browser, it becomes a useful tool for sourcing.  Now note that Falcon does only operate in Chrome, and my Chrome browser on the work pc, well let me describe it as temperamental.  But when the stars align and it functions as it should, Falcon is a tool I use all the time on Twitter (and it has other sites it will hone in and reveal information on as well, like Github, Dribble, Hackernews, etc.)

I enjoy any tool that gives me competitive information without requiring me to do a gazillion and two click-throughs and so far, Falcon has lived up to that want.

First, the straight up profile assessment from a Tweet.  I started following @mvelic a couple of months ago because he's well networked into the SQL scene in DC.  By hovering over his name, Falcon reveals in the sidebar a ton of information, including his email, additional profiles, and so on.  It's a nice quick reference. 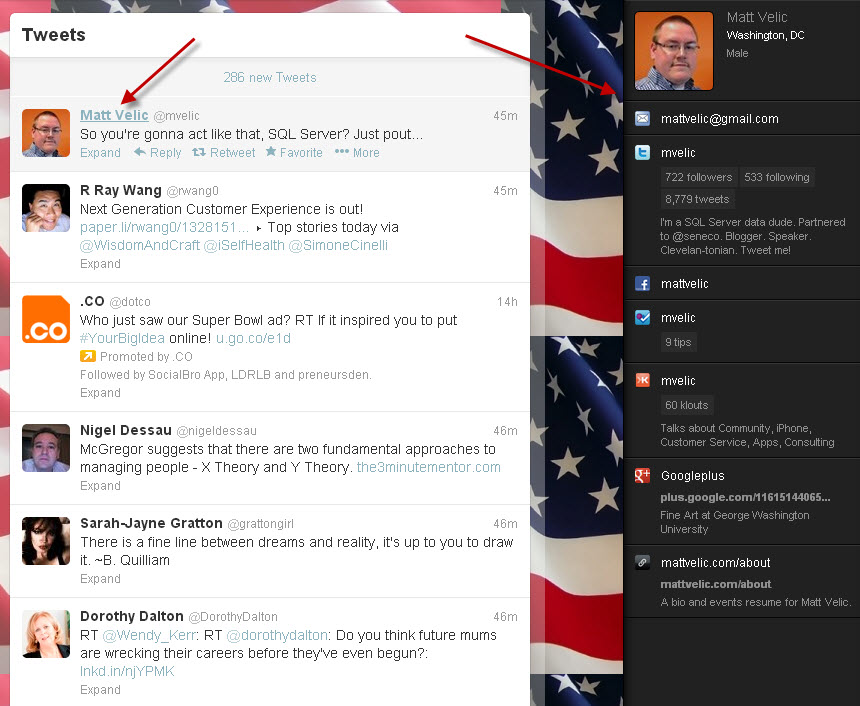 Fantastic.  What if I want more people like Matt? Falcon helps me out there too.  If I go to Matt's main profile on Twitter I can scan over the people he's tweeting…like @mrdenny…who turns out to be another SQL expert. 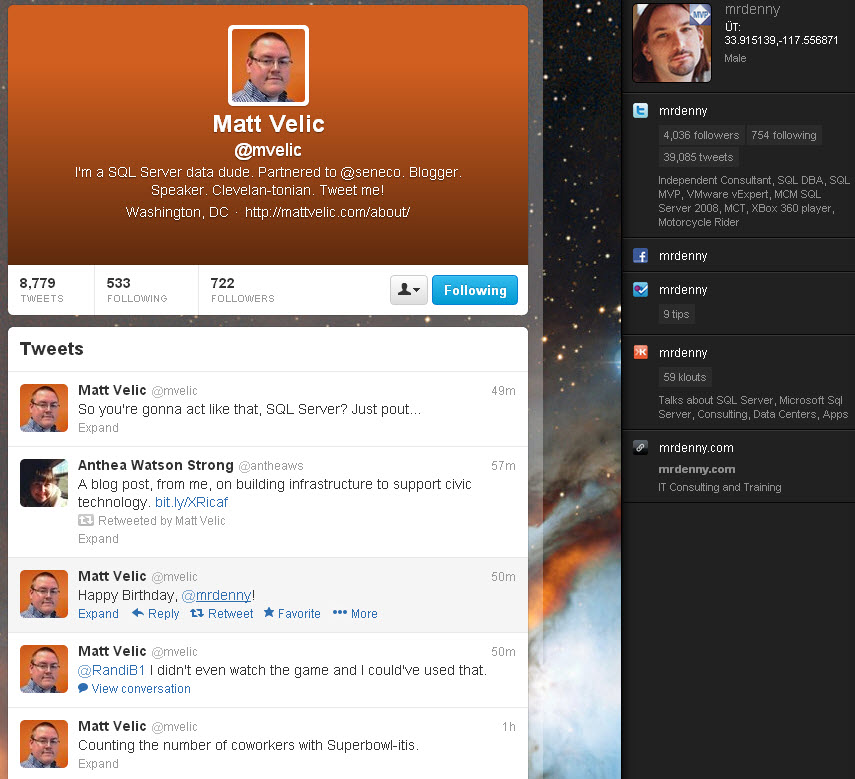 Someone like Matt who is self-described as a SQL Server data dude and is an active twitter user is probably going to use lists as well.  So if I pull those up and specifically look at the one titled “DelMarVa MSSQL” I'm going to be able to quickly hover over each user to see if they're someone viable to pursue regarding my SQL opportunity.

If I go to my profile, I can continue to use Falcon to quickly review “Who to follow” recommendations.  And interestingly enough, you will not reveal everyone's complete digital footprint using Falcon.  It has to rely on user generated content and the emails that users use for their Twitter and related digital profiles.  I have a “social media email” – it's the warehouse for all my incoming messages and separate from my work and personal email, and it does reveal many of my social media profiles in Falcon.  I'm thinking not everyone does this, because I see recruiters like Melissa tweeting….but her LinkedIn profile is not revealed in Falcon. 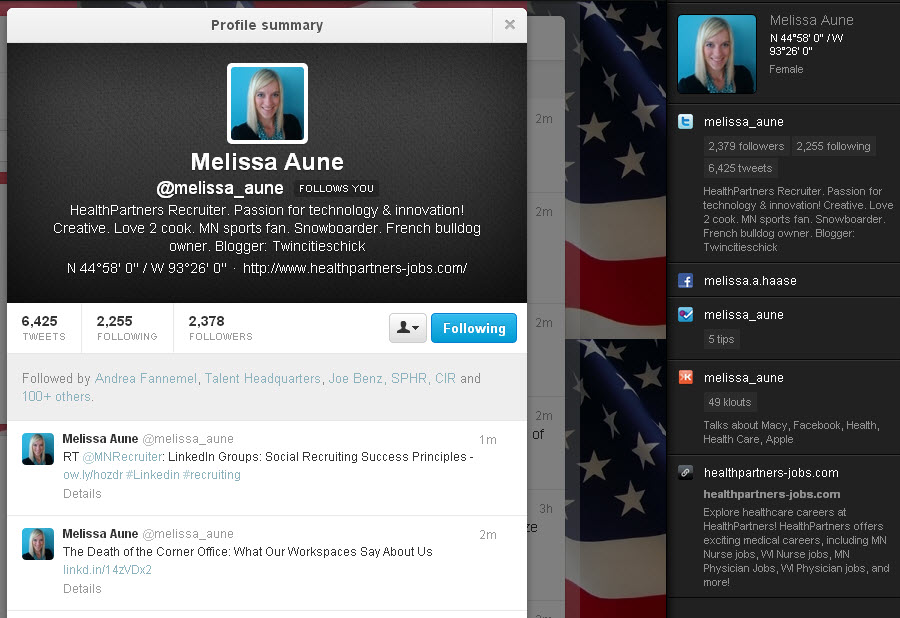 Bottom line….Falcon is an informative app that can take a basic 120 character user profile and in seconds assist you in developing more detailed information and leads.   Add it to your 2013 sourcing toolbox.