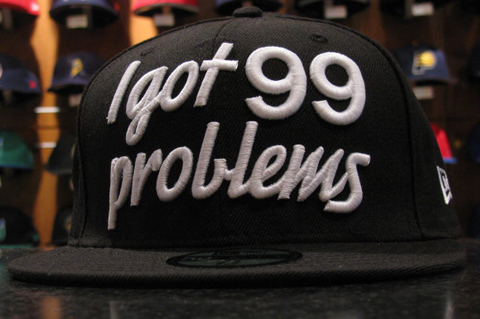 In my spare time, I’m a coach for competitive youth basketball teams – 6th and 3rd grade.  Like most things, there are different levels of competitive sports for kids.  Put our teams at about a “7” related to the level of competition they play (your kid’s church league team is a 2 or 3).  Strong enough, but not the AAU level (read: all-star teams of only the best kids across entire states).  All of our players have to be from the mega high school district we play in and we play other mega high school districts.  So it’s the best we can find against the best they can find within the districts.

We’re also out to compete and win.  So the feedback loop is a little different than you would find in teams/leagues that are more participation-based.

The big thing I’ve learned with that backdrop in mind?  Everyone expects positive feedback these days.  Which is fine and the way it should be.

There’s just one little problem: When you start pushing for results and start layering in feedback designed to push for results, everyone forgets the positive feedback that you’ve provided in the week that proceeded the butt-chewing.

For example, here’s some tidbits I provided to my 6th grade group in a rivalry/grudge match type of game:

True quotes from this past Sunday:

Now as you break that down, a couple of things should stand out:

1.  I don’t complain to the officials a lot.  I’m on my team over the officials by a factor of 5:1.  Players usually put themselves in a negative position where an official can and will make a call that’s negative to our team.

3.  I can be hard on the kids when I sense discretionary effort (which shouldn’t be discretionary, but let’s face it, it is) isn’t there.

Flip side of this portrait – Anytime that a kid isn’t doing what they’re capable of and I start pressing them, we usually run into traces of feedback getting back to me that suggest it might be too negative.

Which may be true.  But when there are mild concerns, one thing that’s never referenced are the hundreds/thousands of small, positive forms of feedback that flow from me to the players during practices and games.

The positive feedback I provide is life stream stuff.  Its chatter that happens in practice or in a game, and it’s organic.

It’s on the fly coaching – when you see something positive, say it.

It’s not a sit down meeting or anything formal.  They get recognized through the chatter and it’s usually public in nature since it happens in front of others.

The problem?  That positive feedback loop becomes an entitlement.  It’s expected, and it’s never given proper consideration when anyone ever has a concern about me pushing for results and coaching for improvement – through the challenges you see listed above.

What’s that mean for you as a performance coach?  Couple of things to think about:

1.  Do you provide positive feedback on the fly?

2.  Are you coaching for improvement and challenging those that need to be challenged?

3.  Do you need to make positive feedback more formal on a periodic basis?

4.  If you sense that there are concerns when you push for results, do you need to take that coaching to a more private place?  (The question is – do you have the time to do that?  Also, can you get results by coaching for improvement where others can hear the contents of the coaching conversation?)

5.  Are you modifying your coaching plan with the personality of the target in mind?  One size doesn’t fit all.  I know who responds to being blown up.  Probably need to learn more about who doesn’t do well with that.

Positive feedback quickly becomes an entitlement if you do it on the fly.  My take is we need to push for results more as managers of people, and we shouldn’t be apologetic about it.  BUT – we can only coach hard and challenge if we do a better job of getting credit for all the positive feedback that occurs on the fly.

Good luck out there coaching your people.  It’s harder in corporate American than it is in basketball.