Editor’s Note: This post was inspired by the work of Seth Godin, based off which some FOT member issued a challenge to see who could imitate Godin to the greatest degree.  Vote for your favorite and submit your godin-ized post in the comments.  No upscale marketing consultants were harmed in the creation of this series.

All Great Recruiters Are Conductors 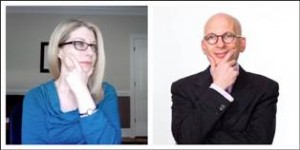 A conductor is a person who directs the performance of an orchestra or choir. She may also be the person in charge of a train, streetcar, or other public conveyance, who collects fares and sells tickets.

But a real conductor is a lightning rod. She has substance. She operates in a medium of change. She is not afraid to conduct heat and light while bringing together a mysterious and ephemeral electric charge.

That is the art of recruiting. 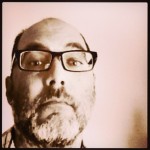 Your boss is sitting in his office right now, calculating not if but when he can replace you, or failing that, plotting how to reduce the ‘cost’, (salary, bonus, medical coverage, time spent dealing with you as a person), of keeping you around.

The truth is, every day you subtract a little from the pot of goodies he guards greedily. Money, titles, prestige, standing – there’s only a finite amount of that stuff to go around. The more you take, the less he keeps. And once he’s left with nothing, his own boss, whose motivations are exactly the same, gets to grab a little more for himself, and lay claim to just a bit more of the jungle.

You can try to hack through the jungle with a machete if you like. Or you can build your own plane and fly over the jungle. 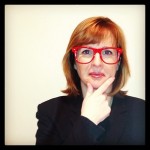 For years recruiting professionals have questioned if sourcing is art or science.  It confounds HR departments and mystifies hiring managers justifying its existence in their budget.  Value add or no?

Art…it demands creativity….the ability to think outside of the box.

Science…it’s all about analysis and numbers.

When we accept it is both we can command its existence in the corporate recruiting structure. 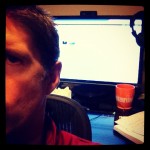 It’s not the binder. It’s not the forms.  It’s the guy in the elevator who coughs on his hand before he wants to give you a handshake. It’s the receptionist who’s talking to her boyfriend about how she got smashed on Wednesday night.  It’s the manager who talks smack about one of the new hire’s co-workers in the interview.

It’s cute that you think you control the orientation of your tribe.  You control nothing.

I realized that really all you do in HR is hire or fire. 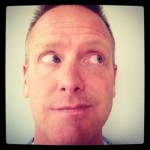 All the other stuff is just your failure to do your original job properly. 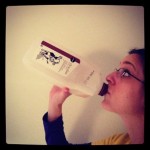 It’s on your shopping list weekly, though you don’t consume enough to justify the expense. You’re not the only one using it, but you are the only one footing the bill. You think, it’s okay, it’s just coffee creamer.

It’s 7:30 pm on a Friday and you’re still at your desk. Your team has left for the evening, leaving you to wrap up a pointless deadline. You know the project can wait until Monday. You fill your mug and reach for your creamer. The carton is in the trash.

If you’ve ever had children or been to a friend’s house where there are children then you know that the refrigerator is where all the art work, report cards and special efforts hang. Every parent puts up the work of their child on the refrigerator door. That is how most parents show their appreciation and recognition of the child’s effort. It is the Louvre of most homes.

So the question today is where is your company’s refrigerator? Where do you hang your employee’s “artwork” and report cards? Is there somewhere central and visible to shine a light on the efforts of your employees?

Consider putting in a big refrigerator in your lobby. It works in most homes – why not in your company? 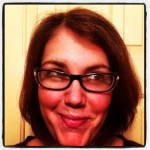 Influence is an art necessary to build relationships and uncover boundaries.  Then, once you know the boundaries, test them boldly.  If your test fails, beg for forgiveness.  That usually takes 5 minutes.  You may have egg on your face, but at least you’ll have something to show for it.  A solid ROI if I’ve ever seen.

HR folks are used to saying sorry, but usually for something they haven’t done.  Begging for forgiveness implies you had the courage to try or perhaps to fail.

If you need any more convincing, as you’ve conducted 4 focus groups to get “buy –in” to your new social media policy, your peers have been tweeting about their latest accomplishments. Oh, and without following the policy you are still trying to roll out…