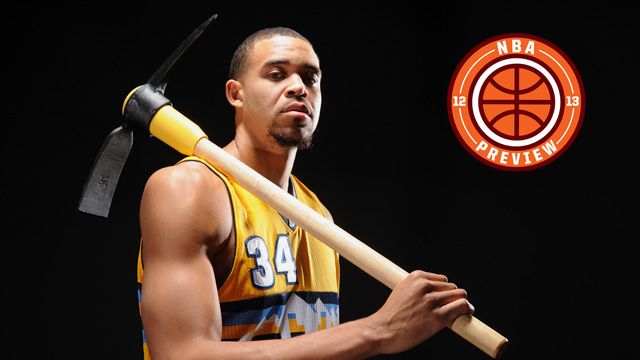 Since nothing illuminates the challenges facing HR and Talent pros in selection, assessment, and performance management like professional basketball, I submit for your consideration the a lesson in employee motivation, or rather, an example of what I think is a sure way to fail to coerce the best performance out of a talented, but maddeningly inconsistent team member.

is a member of the NBA’s Denver Nuggets, a five-year league veteran and possessor of most of the physical attributes that make for a very successful player – height, speed, agility, etc.  But throughout his career McGee has been plagued by inconsistent play and the occasional embarrassing blunder. But interspersed with these performance challenges, McGee has delivered just enough examples of excellent and effective play that making a final evaluation on McGee as a player has been difficult. Essentially, McGee is that talented guy that for some reason just doesn't produce as often and as consistently as his coaches would like, and that inconsistency continues to hold back his development, as he simply isn't ‘trusted’ enough to take on a more significant role on the team.

The Nuggets coach, basketball lifer and legend George Karl recently had this to say about McGee, and how he’d like to see JaVale’s performance improve:

For those of you who might not get the reference, is the long-time San Antonio Spurs player, a four-time NBA champion, a three-time NBA Finals MVP, and one of the Top 10 greatest players in the history of the NBA. Duncan has been the consummate professional – consistently a high-performer, a winner, and by all accounts a ‘team-first’ player who throughout a long career has delivered in the clutch, and will be remembered by basketball fans as an all-time great.

Duncan is like the smartest, most capable, most reliable, most successful, and great-to-work-with colleague you have ever worked with in your entire career. And JaVale McGee is like that quirky co-worker that seems to float from project to project, tossing out seemingly bizarre ideas, never really meshing with the team, but that every so often offers something so insightful or even remarkable, that it makes the group say, ‘Wow, that is an incredible idea!’

But me or JaVale simply wanting to be as great as Duncan won’t make it so. It’s even less likely that a coach like George Karl or a manager or leader in any business that is faced with trying to coax better performance out of someone like McGee will have much success by telling them to ‘Be more like Tim Duncan.’ It’s an impossibly, unrealistically high standard.

It’s Karl’s job to coax the best possible performance out of McGee and the rest of the players on the team, not to try and remake them or re-imagine them in the image of an all-time legend.

And it’s your job to do the same in your own career, and for the people that you lead.