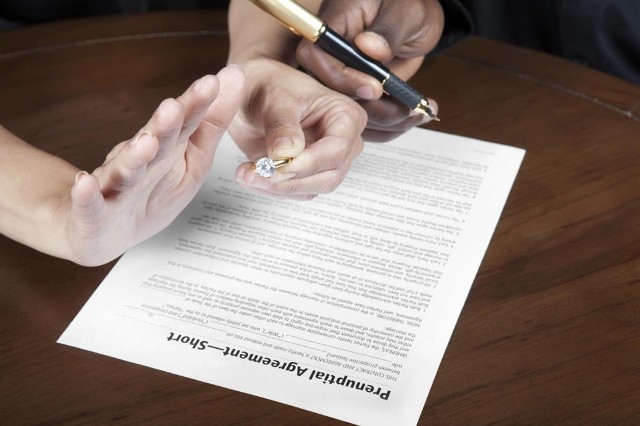 At some point in your career as a talent professional you’ve likely drafted, explained, and required a prospective new employee joining your organization to sign a non-compete agreement. Heck, you may have had to sign one yourself along the way. These non-compete agreements are obviously meant to protect the employer from the potential of future harm if said new employee decides to up and leave your organization someday, and take their talents to South Beach. South Beach being one of your competitors. The non-compete agreements are almost completely one-sided, the employer really gives up nothing, but the employee (if he/she wants the job), cedes their ability to work for certain competitors and perhaps in entire industries for some length of time, (often between 6-12 months), if they should become separated from the organization.

Despite these kinds of agreements being famously difficult to enforce usually just the threat of potential legal action and the leverage the non-compete appears to give the employer often cause employees to think twice about jumping ship to one of their organization’s competitors – or at least from making the jump in one step. They might become ‘consultants’ for a while to put some daylight between moves, or if they have enough of their own leverage, simply wait out the non-compete enforcement period and then go to work for whomever they please.

Non-competes are at times messy, don’t usually present an issue for many organizations, and certainly seem for the most part pretty boring. So why a post on FOT about them?

Well because last week while attending the user conference from one of the larger HR Technology providers in the space, Ultimate Software, I heard what I thought was one of the most interesting and perhaps enlightened approaches to the entire notion of non-competes that I’ve ever heard. During his remarks, Ultimate CEO Scott Scherr touched on non-competes, and his (and Ultimate’s) philosophy about them.

Essentially, Scherr said Ultimate does not have non-compete agreements with any of their employees – kind of unusual in any technology company. Instead, Ultimate has a ‘non-return’ policy, meaning that if an employee elects to leave Ultimate they are not constrained by contract or agreement to immediately go to work wherever they please, including say ADP or Oracle or SAP or any of Ultimate’s competitors.

However, if the employee actually does join a competitor after leaving Ultimate, then they won’t be welcome back in the future – again unusual for a technology company where job ‘hopping’ around an industry with stops and returns to multiple competing companies is fairly common. In fact, most tech companies are glad to welcome back these kind of employees, as they are, in theory, a great source of competitive intelligence.

But the ‘non-return’ policy, doesn’t welcome those kind of employees back, favoring a sense of openness and support for whatever an employee chooses to do with their careers vs. the preemptively punitive nature of the typical non-compete. The non-compete says, ‘If it doesn’t work out for you here, then you are going to pay for a little while’, where the non-return says something more like, ‘If it doesn’t work out for you here, we wish you well as you go on your way. If you don’t choose to compete with us, we will welcome you back, but if you do choose to compete with us, well then that is our loss.’

Maybe this idea of a non-return policy isn’t all that novel – I just know I had not heard of one like it before. But I do like the idea of doing away with the first day on the job ritual signing of the non-compete, which I think is kind of like the corporate equivalent of the marital Prenup agreement.

The non-compete might not be as uncomfortable to bring up in negotiations as the Prenup usually is, but as expression of mistrust – well I’d say they both have a way to inject just a little sour into what should be the start of a beautiful relationship.