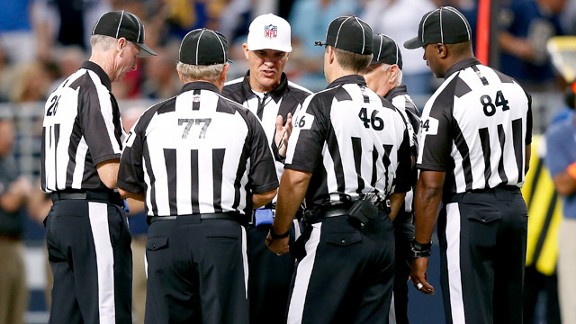 Let’s face it; a blown call is a blown call. Be it on the football field, basketball court or in hiring. Recruiters and refs get tainted with the one or two blown calls but seldom do we celebrate the hundreds of good calls they make.

The other day I was watching a football match (soccer for all you neophytes) and this jerkoff ref completely blew a call. I mean “might be on the take” blown call. With steam coming out of my ears… I thought of how refs are a lot like recruiters. To wit, here’s a list of 12 commonalities between these two professions:

In the history of refereeing AND recruiting, no one has gotten every single call right. We all blow it from time to time. We aim to get more calls correct than not of course and we need the world to forgive us when we muck it all up.

Note to self, I sure wish we had instant replay in hiring. Right?