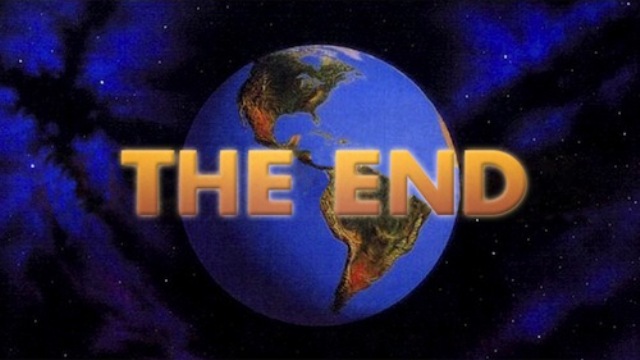 Much like Y2K or a Promise Keeper’s rally, the phenomenon that became the crux of 99% of the History Channel’s programming and led to one of the finest films of our time, nay, all time, 2012, the predicted Mayan Apocalypse on December 21 failed to actually produce Armageddon.

The thing is, that people have been foretelling the end of time since pretty much the beginning of it, and most of them are crazy – the ring a bell, stand on the corner in Times Square with a sandwich board and sackcloth kind of crazy.  But then again, some of those people are the foundation for major world religions, so this is a pretty high risk, high reward statement:

In 2020, HR as an independent function will no longer exist.  At least not in North America.

That’s it. HR is basically in Stage 4, and taking a turn for the worse. Guess that’s more prognosis than prophecy, but the point is, the end is drawing near for anyone who thinks that HR is a viable, long-term career choice within an organization. At least without totally being able to evolve a skill set that can sit outside the narrow, self-defined, self-policed silo stalag that’s so entrenched in most companies today.

If you read HR blogs like this one, two things: 1) you’re a big dork, and God bless you for it. 2) You’re already at the escape hatch for the moment when the countdown to self-destruct hits zero. And if you thought of the Death Star right then, you just proved point one, again. That’s right. Because inaccurate sci-fi allusions are comment gold, and Star Wars makes for great SEO. Dorks.

It means that you’re hungry for information to make yourself a better HR professional and, in turn, hopefully better serve your people. Although I guess a few of you are also likely the root of the problem and are doing this because you’ve finished Sudoku for the day and have the time because, as an “HR Leader,” your actual interaction with people is mostly minimal.

But for the former, read up – although you’ve probably already skipped to the bulleted list, because no one reads anymore. That’s why infographics exist or why USA Today is considered a newspaper (and the #1 newspaper, at that).

Here are three reasons why HR is doomed for extinction:

1.     Pension Planned Obsolescence: Think about an HR Professional. Go ahead, do it. Your image is probably the exact same as is actually statistically verifiable, at least using SHRM.org’s traffic demographics as a representative sample (which I think it actually is) — overwhelmingly female, skewing heavily towards the 35-55 year old demographic, with disproportionately more on the 55+ end than the 18-34 demo.

If you’ve ever bought advertising or recruited for an exempt position, you already know that market bias exists against the, uh, “Early Bird Special” set.  And, as any benefits specialist already knows (and you’re likely among the first to go, so sorry ‘bout that), statistically these trends represent one that’s already headed to extinction, actuarially speaking.

Couple that dying breed with the fact that, well, HR is unsustainable, suffering a STEM sized hemorrhage of new blood due to the fact that there’s just not a lot of mobility when you’re sitting in a highly specialized, non-cross trained cost center, and these gigs have traditionally been pretty cushy. Mostly because HR used to be the ones who decided who got fired.

It’s created, like so much of the workforce, a giant gap between experienced HR professionals and those entering the profession, a situation somewhat exacerbated by the single fact that most schools don’t really offer or promote an HR major, and most of us kind of fall into it by mistake.  At least there are whole universities dedicated to math and science (although one could argue a liberal arts college is kind of the HR equivalent).

But if you’ve found yourself here by accident, here’s the good news: you can probably do it again. The first step is to start actually learning the business. That means a relentless focus on analytics, a more transparent, integrated function within the organization, and a relentless pursuit on delivering internal customers the best possible service,  if only because those clients might be, if you play your cards right, your next boss.

Which brings us to:

2.     Self-Preservation Doesn’t Keep Pace with Evolution: Every dodo can back me up on that one (auk-ward). And you better bet when the first damn Portuguese gun landed, the dodos didn’t stand a chance at controlling Mauritius than HR professionals do at controlling their own fates on an isolated island upon which the rest of the world is rapidly approaching.

There’s a lot of enmity towards HR for its tight grip on the tendrils of an organization, and the fact that by being as generally opaque as possible, HR has built a Big Brother (or Steve Jobs) like mixture of awe bred from fear and lack of comprehension at what it is actually goes on behind those walls.

And it’s done so by relying on total control: HR, after all, not only sets policies and enforces them, acting, in effect, as Judge Dredd but way less bad ass, but also by maintaining a professional distance from the peons, because, let’s face it, no one hates people quite like people-people.

That’s why concepts like employee self-service or back office automation (“But I love my data entry job in payroll!”) scaring the s#%t out of HR folks.

And rightfully so, because it takes power out of their hands and effectively democratizes the employee experience. This fear of the breakdown of bureaucracy is the same reason why HR is so resistant to social media and HR technologies. It’s the fear of extinction, and the need for self-preservation is strong, which is why the dodo clung as hard as it did to every endemic square inch of the island.

But in the end, the result for HR professionals and dodos, assuming they are indeed mutually exclusive concepts (boom), will be the same: if you don’t have the skills to survive in the first place, then your demise is inevitable.

If you’re smart about it, though, you can prove Darwin right (just like science, with an apology to all my evangelical friends out there) and evolve. This means embracing social media and getting to really know the technologies that, like an on-premise ERP, were previously only perfunctory.

Reading a blog is a pretty good start, but even better is trying to bring that knowledge you’re learning back into the organization and turning theory into practice by, you know, actually like talking to employees without having an ulterior motive or going to lunch with one of those workers who secretly hates you.

Unlike Tinkerbell, there will be no fairies dying if you don’t believe – and believe you can not only make an immediate short-term impact, but reverse the lemming like march off the cliff for your professional colleagues at large, simply by getting the hell out of the Ivory Tower and back into the workplace. Be an enabler, not an enforcer.

3.     You’re Thinking That None of This Pertains To You And This Article is BS: Called you. Remember: the first step to recovery is admitting you have a problem.

And because, inevitably, you will (since, after all, you are in HR), then let me know by leaving a comment in the box below. You know the drill.