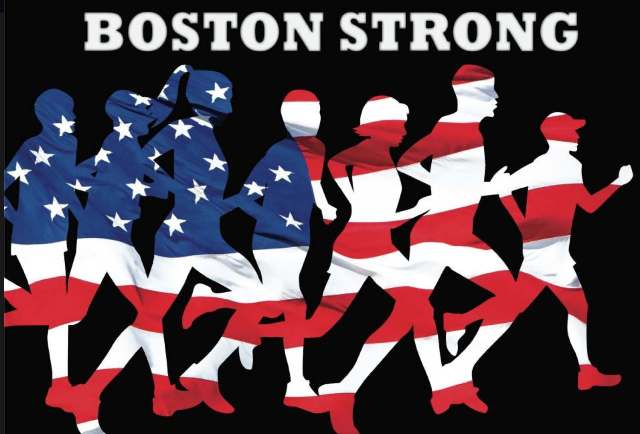 If you grew up in Boston as I did you know the Boston Marathon or Marathon Monday as its known here is a truly festive day.  First off, it’s Patriot’s Day which means there’s no school and most businesses are closed.  And even for the businesses that are open it’s an unwritten rule that it’s ok to take off early to go to the marathon.  One of most unique Boston experiences is going to the Red Sox game (first pitch at 11:00AM) and then wandering down to the finish line to cheer on the runners as they finish the race.  Living here means you almost certainly have a connection to the race – either you’re running it, you know someone who’s running it or you’re watching it at some point along the 26.2 mile route.  This connection we have to the race is part of the reason why the bombing was so impactful, it literally could have been us.

I’ve been finding it hard to make sense of the range of emotions I’ve been feeling for the last week.  Sadness for those who lost their lives and were injured, anger and outrage at those responsible, and thankfulness that my family and friends are safe.  I feel particularly thankful that my brother is ok.  He works at Marathon Sports which is the spot where the first bomb went off.  He was working the finish line that day and he was right there in that spot only an hour or so before the bomb went off.

I often write about how organizations can be better, more productive places but today isn’t the day for a rant. For me it’s a time of reflection.  This experience has shown me that most people are genuinely good, caring and not only want to help but will run towards danger, not away.  There have been extraordinary acts of individual heroism by everyday people over the last week.  I have also been struck by the ability for people to come together as a community and support each other in times of need.

For my part I plan on running the Boston Marathon next year as a show of support for all of the victims impacted by this terrible event.  If you’re a runner, run your next race in honor of the victims.  If running’s not your thing please consider a donation to the One Fund.