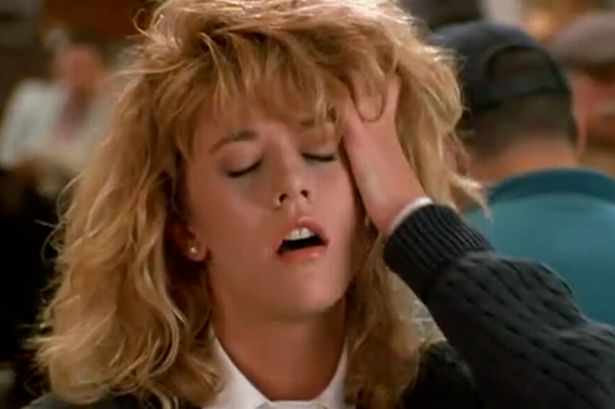 You know the restaurant “yes, yes, YES” scene in When Harry Met Sally?  Don’t you love it when the older lady turns to the waitress and says, “I’ll have what she is having”?  Classic.  It’s also a line that was completely improved.  Not scripted, not debated for hours, but created on the spot in a flash of inspiration.  Inspiration fed by staying open to the actions and ideas of the actors and “going-with-the-moment”.  Going with the moment in this case, created one of the most memorable movie lines ever.

Going with the moment in improv terms is simply “saying yes”. One of the best ways to learn to tap into the power of “yes” is by studying theatre improvisation techniques (sometimes just called improv). Improvisation techniques are interactive, typically involve little pre-planning, and are created collaboratively.  If you don’t think you know what improvisation is, you do.  If you’ve ever watched Saturday Night Live, Second City, or Who’s Line Is It Anyway, you’ve watch improv techniques in play.

If there is one group in corporate America that can benefit from learning the power of yes, it is HR.  If you’ve read Fistful of Talent, I’ll skip the missive on how crappy HR folks can be when they are saddled with being the police-y, “no-men”, blah.

So a few weeks ago, I had my HR Team attend an improv class led by David Grissom of Birmingham, AL, Positively Funny, Inc.  David is a cool guy with an impressive resume to boot:  Second City Alum, professional writer for a myriad of must-see-tv shows, and founder of Positively Funny, Inc.  In the four-hour workshop we were taken through a variety of games that helped us to:

Remember, winning begets more winning.  In corporate America, that is gold.  If your HR team can wrangle that power to win through instinctively accepting (saying yes), watch out.  Imagine an HR team employees want to run into?

Need more proof of the power of yes?  In a 2006 Commencement Address at Knox College, Steven Colbert said the following about improv and saying “yes”:

“…So, say “yes.” In fact, say “yes” as often as you can. When I was starting out in Chicago, doing improvisational theatre with Second City and other places, there was really only one rule I was taught about improv. That was, “yes-and.”… To build a scene, you have to accept. To build anything onstage, you have to accept what the other improviser initiates on stage…And because, by following each other’s lead, neither of you are really in control. It’s more of a mutual discovery than a solo adventure. What happens in a scene is often as much a surprise to you as it is to the audience.

So, insist your HR team learn the power of “yes”.  Like Colbert stated, saying yes begins things.  Your team is in the extremely unique position of affecting everyone in your organization.  Use your super-powers to do good! For those of you who immediately went “Oh hell no, HR doesn’t have that reach”, then you my friend, need to get thee to an improve class asap and learn to think yes…