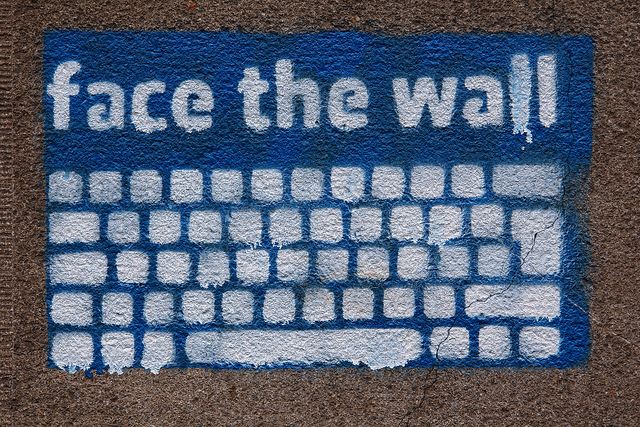 From June 1st, 2013 to September 1st, 2013 I (William Tincup) will NOT be active on any social networks. No Twitter, No Facebook, No LinkedIn, No Google+, No Instagram, No Foursquare, none of them. I’m deleting those applications from my phone AND I will not login to the web versions of any of those networks for the summer. I won’t be blogging via Fistful of Talent, HRexaminer, HR Tech Europe, etc. I also won’t be co-hosting DriveThruHR over the summer.

I’m NOT running away from home. I’m NOT mad at anyone. I’m NOT mad at those networks. I’m NOT tired or need a break or need to unplug, etc. I haven’t recently been diagnosed with a terminal disease. I’m putting myself on sabbatical so I can learn something new… about myself, my habits, my loves, my addictions, etc.

How did I come to this idea? I was thinking about my childhood the other day. And, I used to love the summer months. When I grew up, from Memorial Day to Labor Day was filled with outdoor play activities. Soccer, football, baseball, basketball, swimming, etc. Yes, it’s hot as hell in Texas during the summer but each day was a new adventure. A new sport to play. No schoolwork / homework. Just playtime. I’d usually leave the house in the morning and not return until the streetlights came on… and sometimes later than that. I’d return home dirty, tired and hungry.

Well, for those of us that have kids, summer is not like that anymore. Our kids have just as much programming during the summer than they do during the school year. Sometimes more programming. No judgment… we’re guilty of over-programming at the Tincup household.

But all that nostalgia got me thinking about my relationships with these so called social networks. Those that know me, know that I absolutely love social… the good, the bad and even, the ugly parts of social. I really do love Twitter, Facebook, LinkedIn… I can’t imagine life without them quite frankly. I can’t imagine life without taking photos of my kids via Instagram.

And, when I say “I can’t imagine” I’m going to actually test that. Rationally, objectively, test that. In terms of time, I hate it when non lovers of social say that it is a waste of time. It’s isn’t. I know that but I also know that I spend a lot of time via social. Consuming, sharing, creating, etc. A few seconds here, a few minutes here, a few hours there, etc. No one can argue that social doesn’t consume time. Yes, robots and automation can garner some time efficiencies but overall time is used. Creating blog posts, witty banter via Facebook, RT something via Twitter… quality social stuff takes time. Period.

I think the time is well worth it btw. But, I’m worried on some level about how my brain is being re-wired… re-wired to care about shit I probably shouldn’t care about… like comments, shares, likes, pokes, favorites, RTs, etc. It’s not just me… we’re all caring about this shit. Maybe too much, maybe not… but, it’s foolish to think that you don’t care. Some of you have heard my bit on addiction before… in sum, I think we’re all addicts. Every.Single.One.Of.Us. Addicted to: work, chocolate, sex, Facebook, fast food (mine), feedback, alcohol, drugs, attention, drama, etc. etc. etc. Pick your fucking poison… we’re all addicts… and one of the games of life is to trade your addictions from something destructive to something less destructive. That’s the bit.

I’m looking forward to learning… what will I learn about myself, those that I interact with most frequently, etc. No idea. I recently re-read Chris Brogan’s “Unfollow Experiment” blog post the other day… it’s worth a read.  In that experiment he learned a bunch via unintended consequences. I’m excited and terrified to find out what I learn from this sabbatical.

Lastly, I’ll post again via Fistful of Talent in early September and give the full details of my social sabbatical. It will be interesting to see what I miss and what I don’t miss. I also want to do some old fashioned business activities like… have coffee with folks, network offline, have more business calls, etc. I might love that and I might hate the old fashioned stuff. I have no idea how this little experiment will go. It might break me but at the very least I won’t be tethered to my phone for the summer… which means one thing… more pool time. Btw, if you need to reach me over the summer… email = william@tincup.com & cell = 469-371-7050