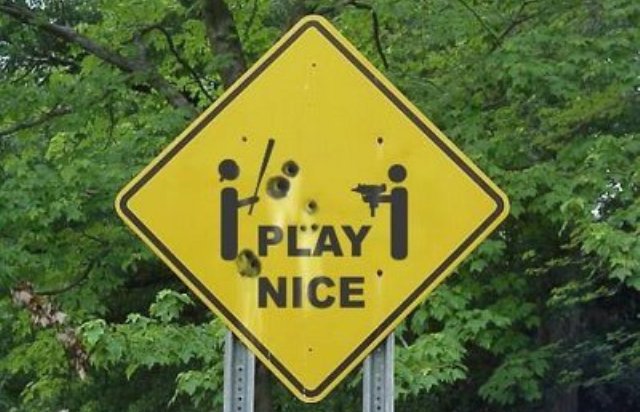 Something has been bugging me and I feel I need to confess.  It happened many years ago and I frequently think about it.  But, not until recently have I started looking at myself and thinking I should have done something differently.

Let me explain.  Long, long ago…I was recruiting for a very premiere brand in the industry (for the record, said company is not a part of Microsoft).  These people were the cat’s meow (do people still say that?  I bet Laurie Ruettimann does).  They had a huge name brand, bazillions of loyal fans, and an IP people were beating down the door to work on.

I was working with a new hiring manager who was ready to make an impression.  He opened up a new kind of role…a role that was not common in the industry, but that many people were starting to see value in.  During our initial review meeting, I asked the standard question, “Do you have anyone in mind already?”  Why, yes…he did.  A friend of a friend of a friend knew this guy.  So, I called said guy and we chatted.

Immediately, the candidate tells me that he gets 5 weeks of vacation at his current job.  These 5 weeks are very important to him.  Immediately I respond that there is no way he will get 5 weeks vacation out of the gate.  Won’t happen.  But, we both agreed that, despite this, it was worth continuing the conversation.

So, we run him through an interview.  His current pay was rather low.  See…rather than give employees raises, his current company gave them more vacation time.  So, when we put together an offer, we brought him to where we thought he should be and even sweetened it a bit to compensate for the vacation he was losing.  I may have said it before on FOT, I like to give the best offer first.

Here’s where the drama starts.  I call him to roll out the offer.  I give him all the details.  As I am talking, he is silent.  Nothing.  Finally, I finish.  More silence.  I ask what his thoughts are.  He says, “I don’t know.”  And then hangs up on me.

Now… I’ve been hung up on before.  But, it’s usually very early in the process.  You know, “Hi! This is Jason calling from…” *click*.  This was the first time that I had built a relationship, worked with someone through our entire hiring process and then had them completely disregard me in that way.  How freakin’ rude!

Within 5 minutes, I get an e-mail.  In a nutshell, he was ticked because we didn’t give him 5 weeks of vacation.  The significant salary increase… that’s what he’s worth, so it’s no surprise.  The bonus… anyone at his level (which, to be honest wasn’t THAT high) should have gotten one.  And the stock award… well… stock is nothing.  It could be worth zero next week.  Never mind that he doesn’t have to pay anything to get this stock.

I’m annoyed.  I call him back.  The conversation quickly escalates.  I’m mad at his rude reaction.  He’s mad at what he sees is a lowball offer.  I’m mad that our FANTASTIC offer is being regarded as crap.  He’s mad that I am actually thinking such an insulting offer is even worth his time.  The discussion isn’t pretty.  In the end, he says that if we are not giving him his 5 weeks vacation, we need to increase our offer by an additional significant amount of money.  I say No…on the spot.  We end our conversation.

I call the hiring manager to relay the results of this conversation.  I was expecting him to say, “Damn straight we’re not giving him that money!  That’s ridiculous!  The offer we made was above and beyond already.”

But, that’s not what he said.  Actually, what he said sounded more like, “Give him what he wants.”

Anywho… following another somewhat heated discussion with the hiring manager, in the end, I got to tuck my tail between my legs, call back Capitan Jerkface and give him what he wanted.

So…what have I learned?  Why the mea culpa (which I am told is Latin for…something)?  To this day, 8 years later, this is a scenario I reference when asked about a time when I failed.  But, for the longest time, I would say I failed because I couldn’t convince the hiring manager that it was stupid to hire this guy.  Now, after time and reflection and a recent discussion with a colleague, I am rethinking that.  Obviously, the candidate could have handled things better.  I’m not letting him off the hook.  At no point did I bait and switch him.  His reaction was over the top.  Still…maybe I also overreacted.  Maybe I should have been nicer.  Instead of getting heated and letting the conversation escalate, maybe I should have tried harder to calm him down and get him back into reality.  Maybe I let my pride get to me.  I look back now and think, maybe, I could have handled this differently and gotten a better outcome.  I could have been the bigger person.

Or… maybe the guy was a putz and we shouldn’t have hired him.  Whatever.