My parents are breathing down the neck of retirement.  They’ve gotten to that age when everyone they run into, family, friends, co-workers, etc. all ask that one question: “So, when are you retiring?!”  They both are around that age, mid to late 60’s, when we start to expect that people will retire.  We are trained from an early age that 65 years old is the age that you should be no longer be working and you need to start volunteering at the local hospital or your church, on a more regular basis. With the most recent recession we’ve been told that all of this has changed and the older generation will now have to work longer.  I’ve read this so often in the media and heard it so often from politicians I believed it to be true. So, imagine my surprise when I read that all of this is a myth, in a recent article over at Motley Fool – The Biggest Retirement Myth Ever Told, here’s a snippet:

“The most common rebuttal to what I’ve presented so far is likely that we’re living longer today than we were in the past. So, even if retirees have higher incomes and more security today, they need it because they have to finance a longer retirement.  There is some truth to this, but probably less than many assume.  While there has been tremendous progress in life expectancy over the last century, most of the gains have come to the young. 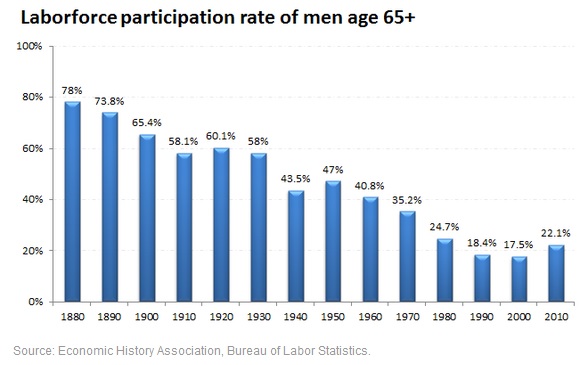 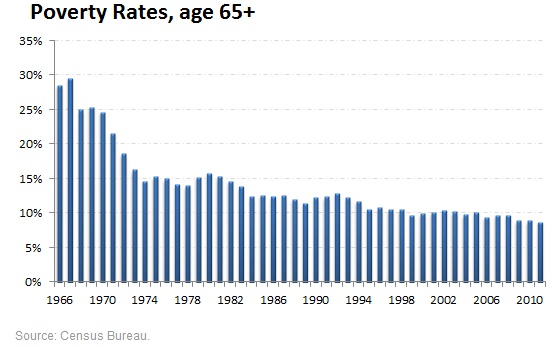 If you put all of this together what you see is a very different tale then the one that is being fed to us by the media.  Workers over 65 years old haven’t significantly increased since the good ‘old days’.  Poverty rates of seniors haven’t increased over the past decades.  Seniors aren’t living that much longer than they have been.  All of these are important for HR Pros to know because we relay this information to our executive teams in the way of how we need to develop our staff for the future, succession planning, etc.  The ‘popular’ information that is being shared with them, is most likely a lie!  Our older workers aren’t living until their mid 80’s and working into their 70’s – that is what our kids can expect.  70 is not the new 60 – that’s only a marketing slogan thought up by a company selling products to make seniors feel younger and buy their crap.

The reality is, HR shops need to push succession.  Baby Boomers, for the most part, are not going to work into their 70’s.  Like their parents they’re going to hit that magic retirement age of 65  – and the majority will retire.  The information above paints a much different picture than what we’ve been hearing the past several years.  Don’t believe the hype or your organization will pay the price of not being prepared!