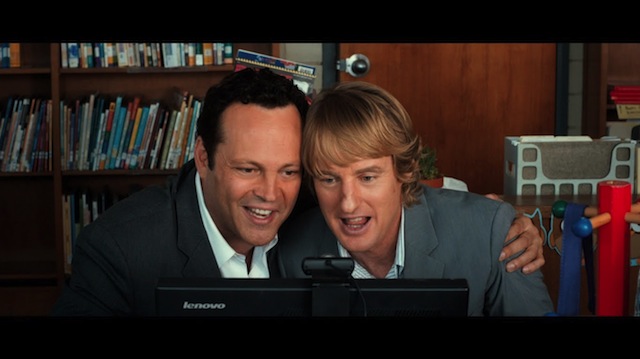 Congratulations, Google!  You’ve done it!  You have reached a very important milestone in the evolution of technology companies!

You have realized that your coolness and popularity have blinded you to the stupidity of your interview questions.

From the Business Insider:

“We found that brainteasers are a complete waste of time,” Laszlo Bock, Google’s Senior VP of People Operations, tells the New York Times.  “How many golf balls can you fit into an airplane? How many gas stations in Manhattan? A complete waste of time. They don’t predict anything. They serve primarily to make the interviewer feel smart.”

But, wait!  Not only have you guys realized that these questions don’t work, but you have also discovered the behavioral interview question!  Something the rest of us have been using since before Al Gore invented the internet.

Bock says, “The interesting thing about the behavioral interview is that when you ask somebody to speak to their own experience, and you drill into that…you get to see how they actually interacted in a real-world situation.”

Sounds right to me! Glad you guys could join us!

But, don’t worry, Google. You’re not the only company that has asked, or is asking, stupid questions.  In fact, Google wasn’t even a twinkle in the eyes of Sergey and Larry when my own beloved company was using the “Why is a manhole cover round?” question. Since the dawn of binary, great minds have pondered the answer to how many piano tuners there are in the entire world.

Okay, okay… I don’t mean to just pick on Google, here. They just happen to be the ones in the news, right now.  Here’s what I am trying to figure out.  What the heck is the purpose of these questions?  And, more importantly, why are they still being asked?

I think Mr. Bock at Google has a tremendous sense of company self-awareness. I think he hits the nail on the head. In my experience, asking these questions is a way to trip up the candidate. In the eyes of the interviewer, it’s a way to see how they handle the pressure of the situation and then come in at the end to explain the answer in a way that makes you wonder why they didn’t just go, “DUH!”

So… I have a suggestion to all of my recruiting colleagues in the technology world.  Particularly those of you at start-ups.  STOP WITH THE STUPID QUESTIONS!  You can learn from our experiences.  Yes, yes… I know.  You are hip and new and you can bring your dog to work and junk. Doesn’t matter. These questions are dumb and they make your candidate experience much worse than if you would simply go with a “Tell me about a time when,” variety.  And, no…”Tell me about a time when a manhole cover wasn’t round,” doesn’t count.

Oh…and, in case you are wondering why, exactly a manhole cover is round, I will tell you.

It’s because I said so and I’m the interviewer!