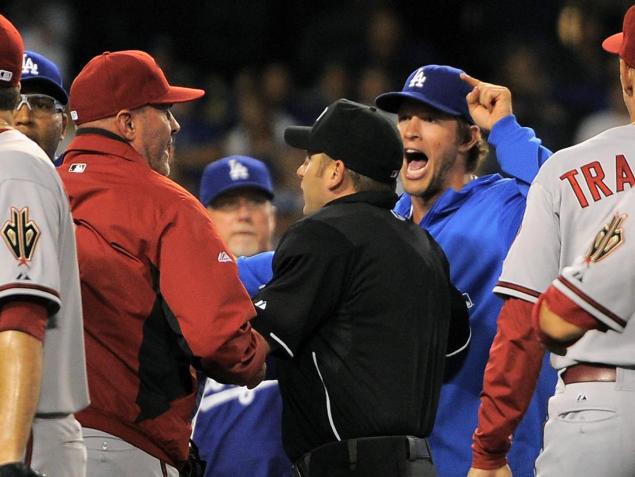 Part of being a parent is teaching our kids how to settle their own differences. My eleven year old, especially, is getting better at solving the minor disputes he and his buddies have over games, what was a goal, who was out of bounds, etc. I should only have to get involved if the issues get out of control. Just as it is with employees, there is a fine line on how much management is too much or too little. Baseball provided a great example this week, when the LA Dodgers and the Arizona Diamondbacks took turns running out onto the field to slap fight each other.

Backstory: One of baseball’s unwritten rules is that they try to police themselves when a member of another team steps out of line. You hit our batter, we’ll hit yours. Show up our pitcher after a home run, and you’re likely to get drilled in the future. Hurt one of our players on a cheap play, be ready to duck.

All of this was on display the other night in Arizona, as the Dodgers and Diamondbacks traded three beanballs, stemming from a two year old fight. From :

The bad blood between the Dodgers and Diamondbacks dates back to September 2011, when (Clayton) Kershaw and (Don) Mattingly were both ejected after Kershaw, upset with some showboating after a home run the night before, hit Gerardo Parra with a pitch.

…The Diamondbacks reportedly were upset Tuesday because Greinke appeared to miss Montero with two pitches before one of them hit him squarely in the numbers on his back. Some people interpret baseball”s unwritten code to say that a pitcher gets only one pitch to try to retaliate.

Mattingly makes the right point. Should the umpires have gotten involved earlier? When do you let the employees figure it out for themselves and when do you handle it? In this case, the umpires did not eject anyone until the third beaning. The umpires apparently were fine letting the Diamondbacks hit the Dodgers in retaliation once, but not twice.

Finally, they had to step in when the teams stepped over that line. Six ejections that night and fines and suspensions are all coming.

Do you have unwritten rules in your workplace that allow for employees to figure out disagreements? I am not advocating beaning Larry for not making a fresh pot of coffee, but is there something? In my first job, we used to decide who got the worst assignments by battling it out with rock-paper-scissors. Do you have anything?

Lastly, I think it is hilarious that Greinke wanted to hit the opposing player so badly that he tried three times in a row before he got it done.