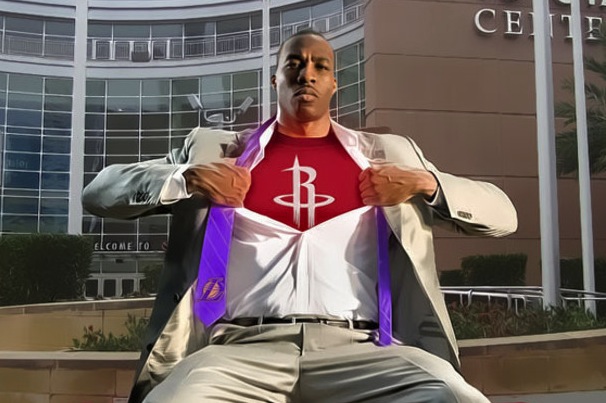 In case you haven”t heard, Dwight Howard selected The Houston Rockets as his next NBA home, leaving what many thought was a championship in the making with the Los Angeles Lakers. Houston, a team that has struggled to even make the playoffs in recent years, somehow managed to recruit the talent that many teams wanted.

What does this mean?!!

In HR terms, it”s like a proven hi-po leaving PepsiCo for a start-up. But not a cool, Palo Alto or Austin start-up… it”s a start-up in Houston.

It”s simple. Recruiting 101. It comes down to chemistry.

Dwight didn”t feel the love from his coach or his teammates in L.A, but he did in Houston.

“You can put anybody together on the court and expect them to win, but the pieces have to really fit in order for a team to be successful and it was very, very tough, man, “ Howard said of his experience in L.A.

“I just looked at both teams and felt like Houston was going in one direction — they got a lot of young players, they got a good coach in Kevin McHale and I just felt like having him as a coach, he could really help me in the post and help me develop like I want to.  That was mainly the big reason right there, and having the opportunity to grow with a team, a young team, like the Rockets.”

Grammar aside, Dwight articulated what most top talent is looking for when making a career move:

1. Leadership – you can believe in and can learn from.

2. Growth – A trajectory for the organization and for yourself.

3. Opportunity –  The chance to work with people you believe have the potential to make you better.

In addition to the cash, Dwight left behind the branding opportunities that could have come from winning a championship in Los Angeles.  He also left Kobe Bryant who he never meshed with; a coach he didn”t like; and a team with aging players and discontent.

There it is again – chemistry, or lack thereof in the case of Dwight and the Lakers.

Side note: I can”t wait to see the broad-shouldered Dwight in a red Rocket”s jersey next season. Talk about chemistry!